The drill press is one machine in my shop that I cannot do without. I am always amazed how many times I use this machine in a day, but the one thing the bulk of drill presses lack is any kind of a detailed depth gauge ... if anything at all. Like most drill presses, mine has a depth stop which is great for repeatable use in the same wood at the same depth, but when I want one or 2 accurate holes, it is very difficult to do anything quickly.

... and what triggered this thought was that I was using my digital caliper to measure the thickness of a machine nut and for some reason, the caliper was "zeroed"  at a high number and when I went measure the nut, it went into a minus reading ... that made me think that I can zero these things at any distance so it should be feasible to mount this to my drill press.

I decided since this was an experiment, that I would use a less expensive digital caliper, and I know I have seen them for closer to $10 - $12. 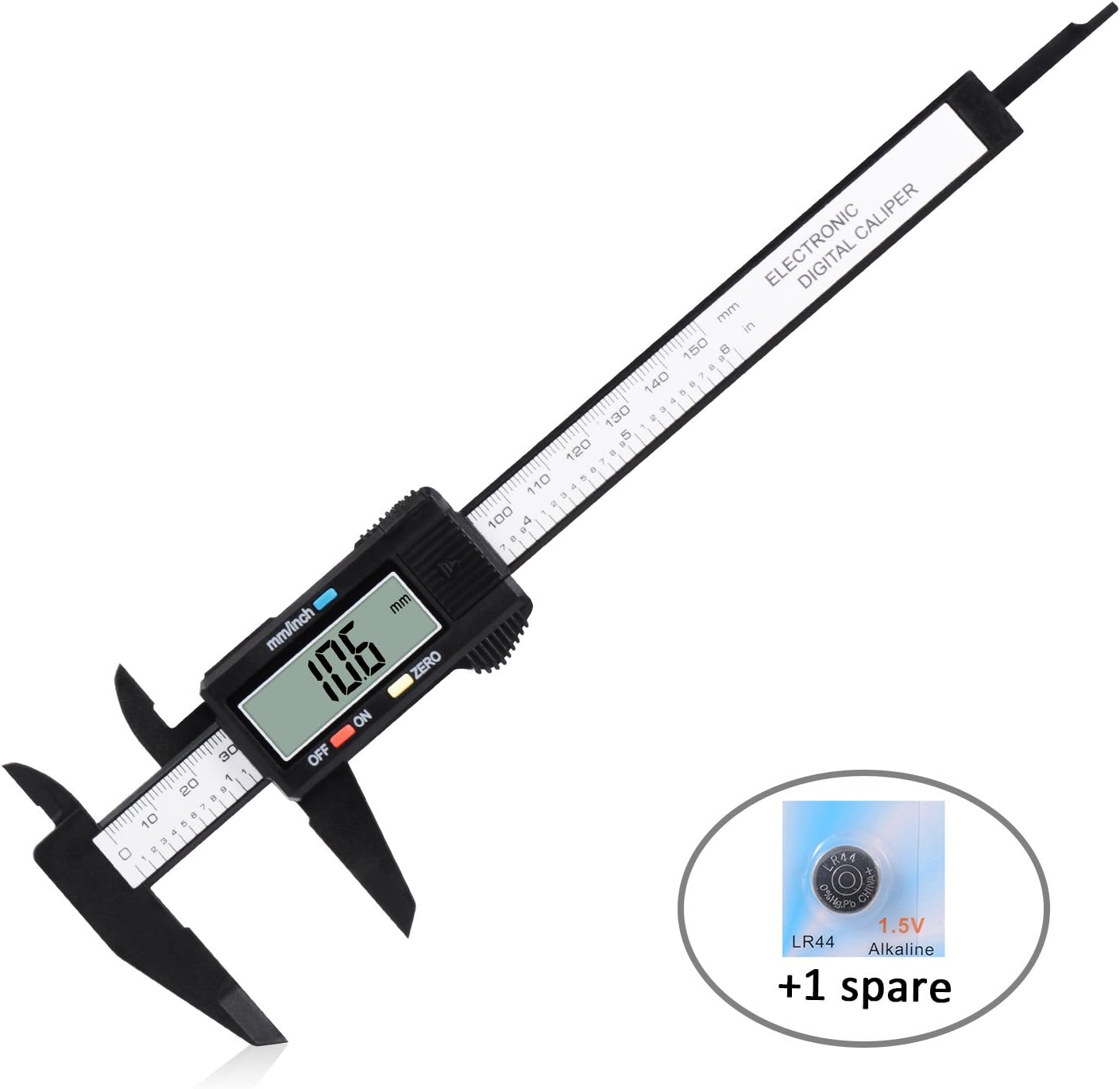 I needed to make some sort of a holder for the caliper and after examining my drill press I came up with a concept that should work. I needed some metal that wasn't going to flex so I stopped in at the Metal Supermarket, and as usual, the nice folks there took a few minutes and found me an off-cut that would work.

I, first of all, made a template of what that brackets should look like, just to see if they would fit and if they would work. With a bit of modification, I was able to make the final brackets to tolerances that would work nicely on my drill press. 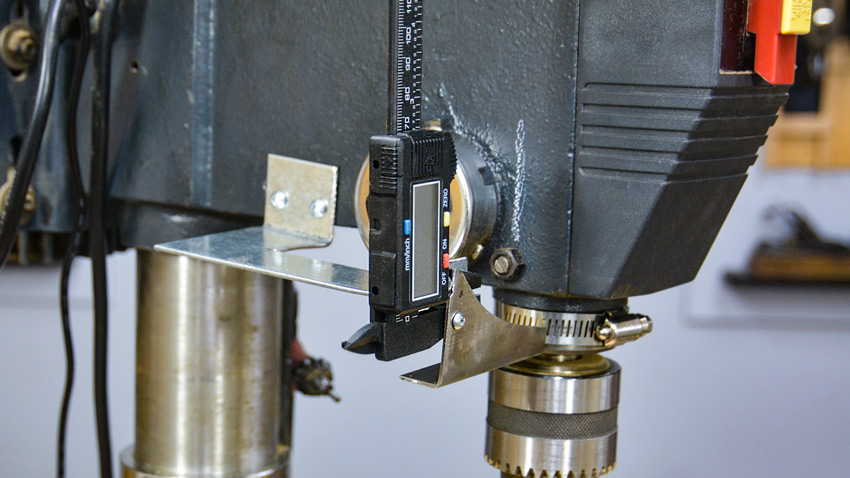 The second bracket that would be the movable one, needed to be attached to the collar on my drill press, just above the where the drill press chuck is. After making a few measurements and bending some scrap steel that I had, by pure lock the bracket turned out perfectly. I attached it to the collar using a hose clamp and was impressed just how solid it was.

I then measure where the corresponding holes would need to be on the brackets ... removed the brackets and drilled the holes where they were marked with the felt pen.

When I attached everything ... everything came together as it should.

The caliper was attached finger tight to the clamps, but there is still enough room for the caliper to pivot ever so slightly as it rides up and down. It doesn't make any difference to the readings ... at least that is measurable, but it allows the caliper to move freely and not bind, which hopefully means, even the plastic one will last a long time.

My first test was perfect. I measure the machine nut, which was slightly wider than 1/4" and estimated that the hole would need to be .27" ... which as it turned out was perfect. The other thing I could have done was to measure the nut using my better quality calipers but I wanted to see how close I could estimate without it. For absolute accurate readings, I would do that, but for drilling pocket holes for machine nuts and bolts and T-nuts, that kind of precision is not needed. 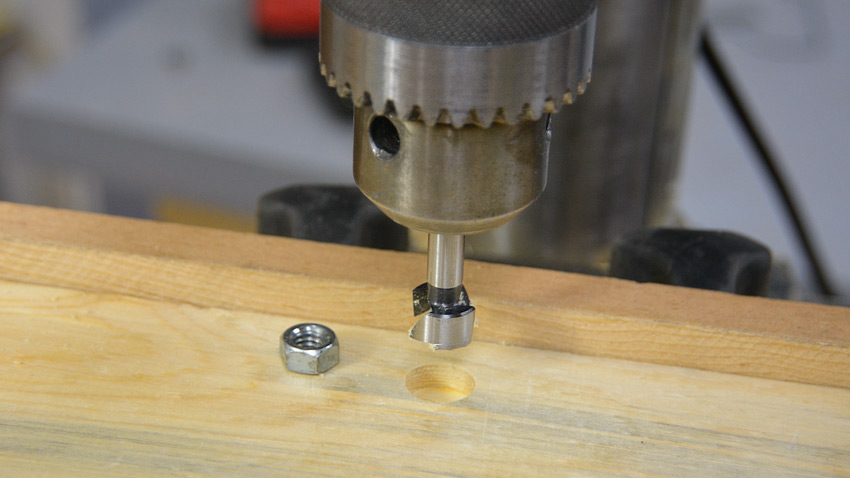 This project turned out to be an excellent addition to my drill press, I am only sorry I didn't do this years ago ... 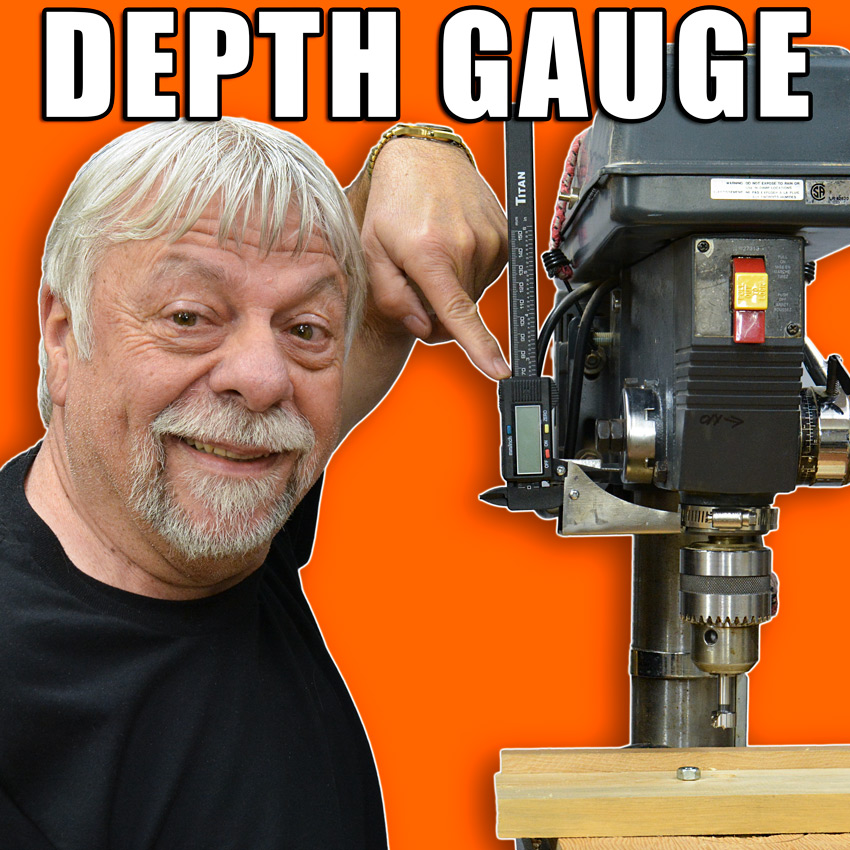