Bad Ideas In Woodworking You Should NEVER Try: Episode 8

Not every idea in the workshop is a good idea, some are even dangerous but fortunately, most of us can recognize the really bad ones before we do them. It's often the ideas that "seem to be good" that turn out not to be so great, I know, I have tried MANY of them and found out the hard way why they aren't so great.

But even more, I always want to dig into the reasons WHY they sounded good but turns out not to be such a good idea after all, and often I uncover things I had not thought of in the past that I can then apply to other woodworking tasks ...

Sharpening Your Own Jointer Knives
For some reason, images like this have popped up on my computer screen for years and I know just how hard the steel is in these jointer knives (which is why they last so long) I was quite sure IF this worked it would be tedious at best. Ans sure enough, not only was it very hard to figure out the correct angles, it was even harder to make sure the slots where the knives are inserted, that they were exactly the same depth so that all the knives align, and then it came to actually try to sharpen them with a stone. This was ... as I expected, a non-starter. I have seen the machine that many sharpening shops use to sharpen these knives so they are perfectly aligned and equal in high, and the machine took something like 20 minutes to sharpen my knives, I estimated it would take me at least 3 times that. My only comment here would be either good luck to anyone attempting this, or if you are one of the very few who made this work .. well done, for me the few dollars spent to have a sharpening shop do it correctly is money well invested. 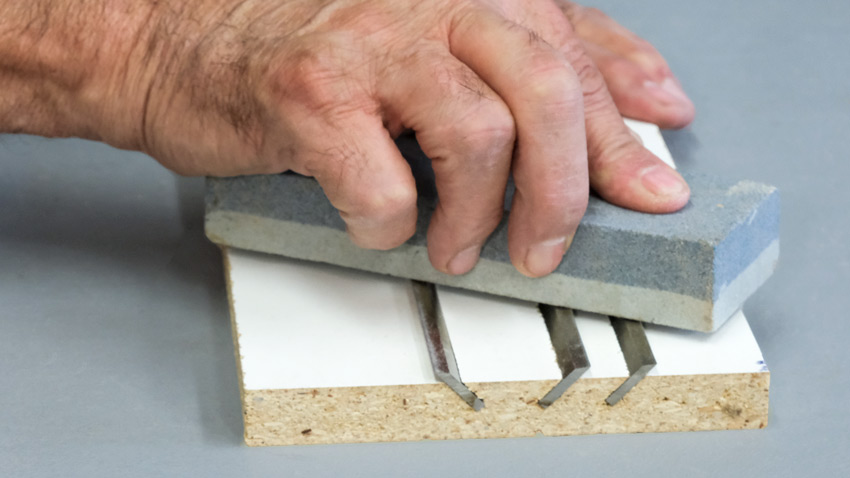 Using Your Hands as a Clamp
Probably many of us have done something similar to what I, again learned the hard way, I remember doing this because I remember I was in some sort of a rush to do something and needed to drill a small hole into the end grain of a small square of wood. This kind of feat is ALWAYS more complicated than it looks, and trying to hold the stick with your hand while driving a drill bit into the end is a very bad idea not only because your chances of getting hurt are very high, but also because making anything resembling a decent hole is also nearly impossible with trying to do this by hand. At the very least the wood should be mounted securely into a vice and THEN you need to look closely at the grain because the drill bit will always want to try and follow the grain of the wood which is the other reason why this simple task is much harder to do that it would seem. 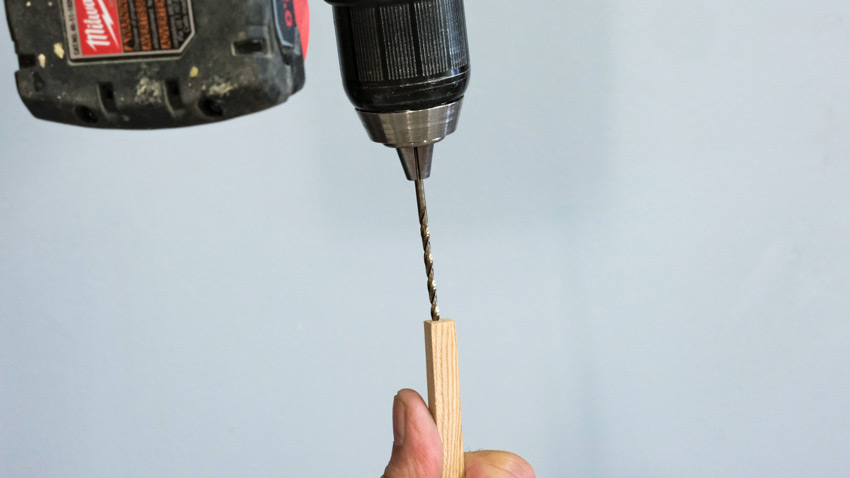 Marking Table Saw Throat Plates or Blades
It is not at all unusual for me to make "Stop and Start" cuts on the table saw, in fact, a good example of this is the simple jointer knife sharpening jig I made in the first example in this article. In this instance, the stop and start, as simple as the jig was, required 3 stops and starts, and even that could be enough to erase one or both lines. Now what this means is that as you are working along and making cuts, and all the while the wood is erasing your lines as you are pushing the wood through the saw ... then your reach somewhere near where you expect the line on the throat plate to be ... and by the time you get there, it's gone and now you have no reference as to where to stop the cut.   Far better to mark your fence with something that can be easily removed, like masking tape. 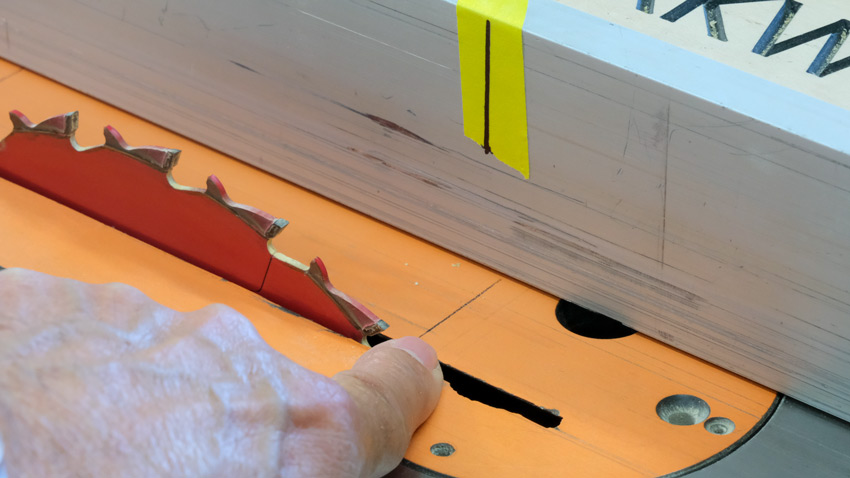 Vertical Cutting on Table Saw
I don't ever remember trying to push smaller wood vertically through the table saw, but I do know others who got a big scare trying this. For as long as I have been using a wood router, I have known the value of using a much larger piece of wood as a support for ushering through the wood. I will also say here ... I do NOT love this idea, much better to use a vertical jig, like a tenon jig as shown below.
As described in the video, the support board needs to be 90 degrees to the base and it could even be thicker than the board you want to trim, for example, a 2" x 6: high board could be used to usher through a 3/4" board, the blade would cut into the board being ushered but it is a sacrificial board.
The next question people will have is "how far do you push the wood through" the answer is until the wood you wanted to initially cut is free of the blade, then you can back out the sacrificial board.
AGAIN ... I am not happy with this process as there are often better solutions, but for small height cuts, this can be suitable. 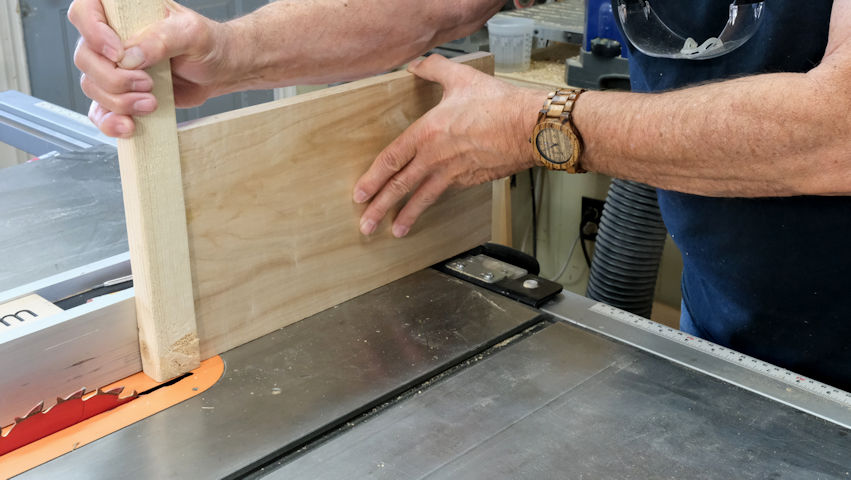 And below would be the safest, most accurate, and most repeatable methodology 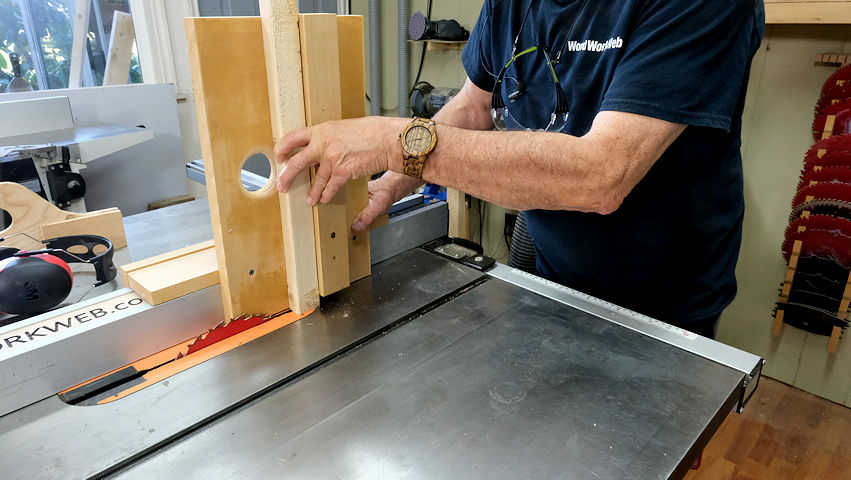 Removing Squeeze Out Glue with Sawdust
This is arguably one of the worst ideas if you working with anything that is going to want a finish on it after the glue-up, like paint, stain, wood dye, varnish, polyurethane, oil or pretty much anything else. The problem of course is that the sawdust just spreads the glue all over the board making a complete mess. If what you are making is something like saw horses, and you are not going to finish them in any way .. this method would be fine, but if you are making any kind of valued woodworking project, do not use this method. 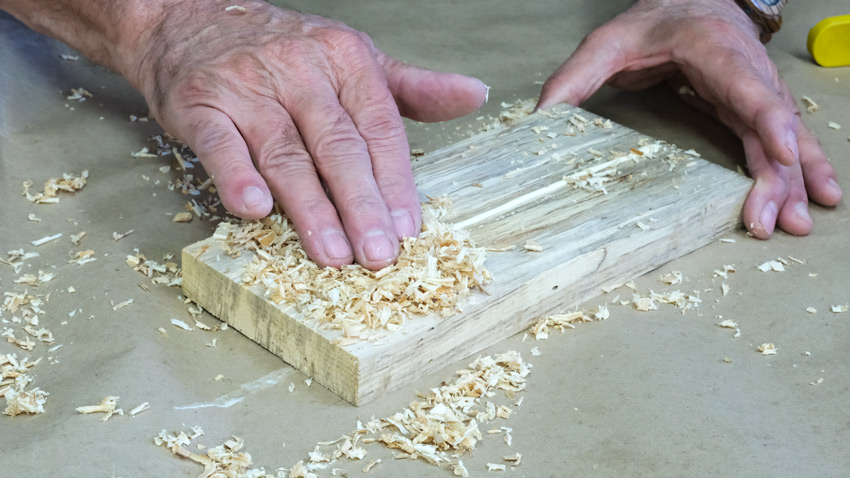 Tooth Orientation
Many woodworkers own hack saws but few have taken the time to know them, after all, what's to know right? you put the new blade in and start sawing.   Well, not so fast, but until someone comes along and explains how and why blade orientation makes a difference. The first time I found this out, then tried it ... I couldn't believe how something so simple made such a big difference. 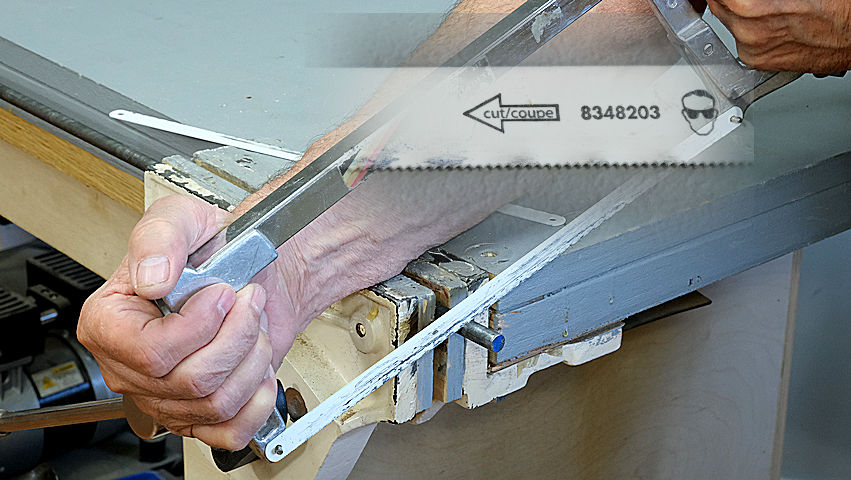 Woodworking is a process of learning and I am still learning new things, fortunately, the more you learn the more you can apply what you have learned to other processes ... it works.