The first tip was sent in from Ken who has a great idea for making a shellac concentrate ...

For those of you new to woodworking the shellac flakes are mixed with denatured alcohol in a mixture that is called, for example, "a 2-pound cut", and all this means 2 pounds of flakes with one gallon of denatured alcohol.  But few people would ever go through that amount of Shellac, so we mix smaller portions, the best reference for that is HERE.
What Ken does, without any measuring, is to make a shellac concentrate, then mix that concentrate with denatured alcohol to get the equivalent of the "pound cut" he wants. If you looked at the charts you can see there is a wide variety of mixtures so how you mix a shellac solution is extremely wide and as you work more and more with it you realize the strict measurements are not that critical.  Great idea Ken ... thanks! 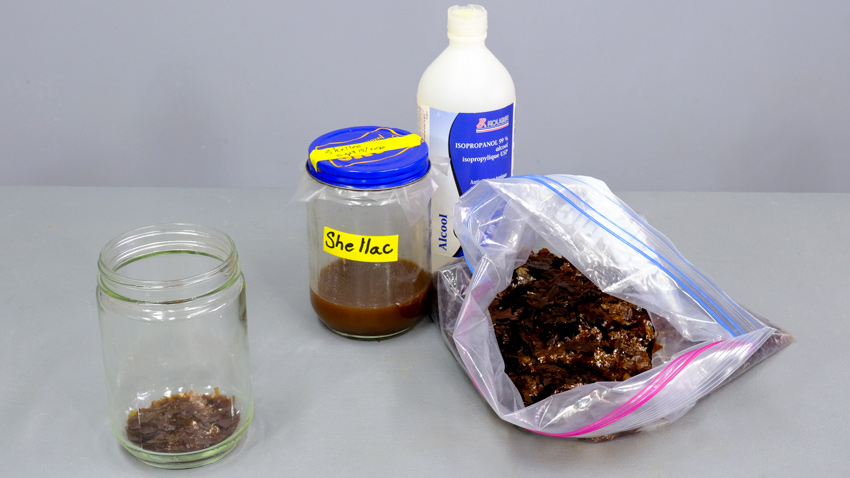 This tip is from Tim, who restores old radios, and as you know many have veneered wooden sides that were curved. To re-glue, these Tim uses sandbags that he makes using balloons, which is a great idea. You could also you sandbags like I have done in the past when repairing guitars that have veneers that are lifting. The sand is available from most Big Box hardware stores and is quite cheap to buy ... it makes a great clamp and you can make up as many bags or balloons full of sand as you need. Thanks 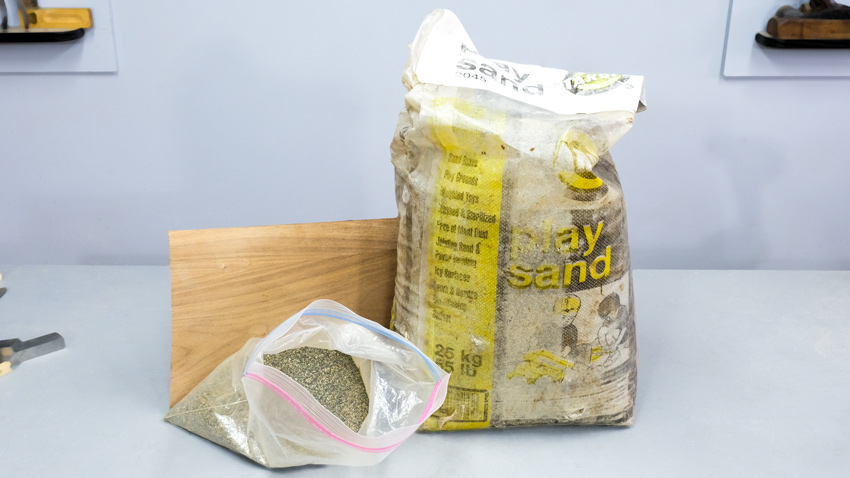 Russell from Melbourne sent this tip in ... he suggests using a comb to help clear out some of the leftover particles on paintbrushes. I have used a wire brush in the past which is of some help, but never a comb and when I tried it with one of the brushes that I use for applying end sealer to logs, it worked quite well for loosening and pulling out the bits and pieces ... thanks Russell 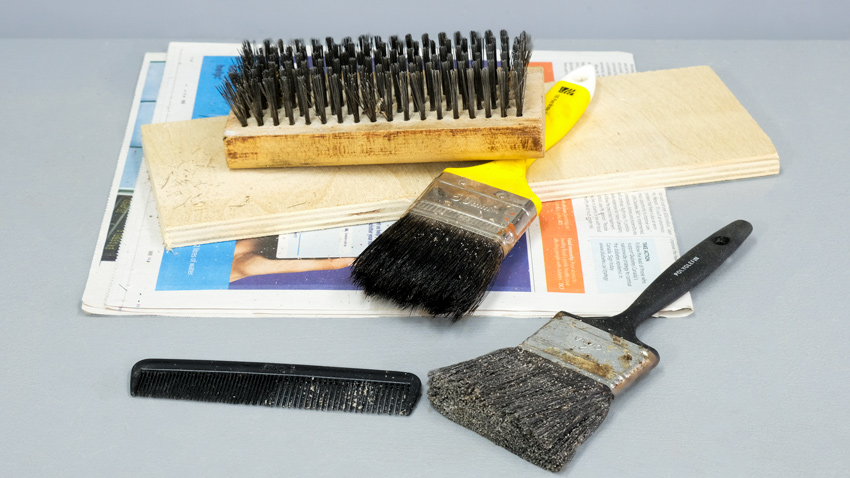 Paul sent this tip in, and although it has been around for a while, it's a good reminder that the Silicone Pastry Brushes sold in most dollar stores can make excellent glue spreaders. Once the glue is dry it comes off quite easily, especially when the brushes are new, and I bought a few of them because sometimes I have forgotten to clean my glue brush before I embark on a new project, so having spares is a good idea too. 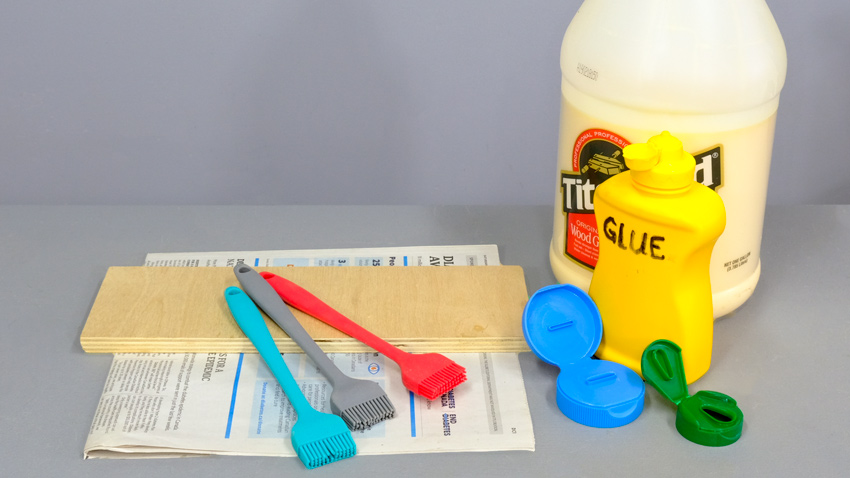 Using Cloths Pegs or Pins in woodworking is a great idea and Jim from Columbia suggested using them to hold me partially used sandpaper chunks together. I am always re-using these and don't have a proper place for them and almost always when I pick up one to use, 2 falls on the floor, so this will be something I am going to try.
As well, Ian suggested using cloth pegs as "clamps", and again, this has been around for quite some time, but still a good reminder and if you are using them as clamps you might want to look at the plastic versions, they are less susceptible to having glue stuck to them so maybe an alternative for some of you to look at. 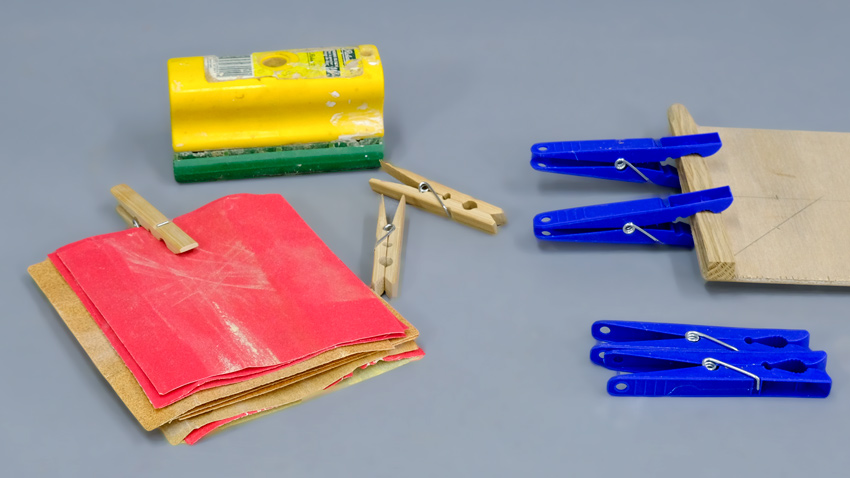 Joe sent in this tip ... well, maybe a jig for use on a bandsaw and for cutting thinner strips. I consists of a board scrap with an end piece that overhangs slightly then uses is as a horizontal push stick. I tried it for making multiple cuts and it works great ... quick and easy to make too.
Thanks, Joe for the new jig. 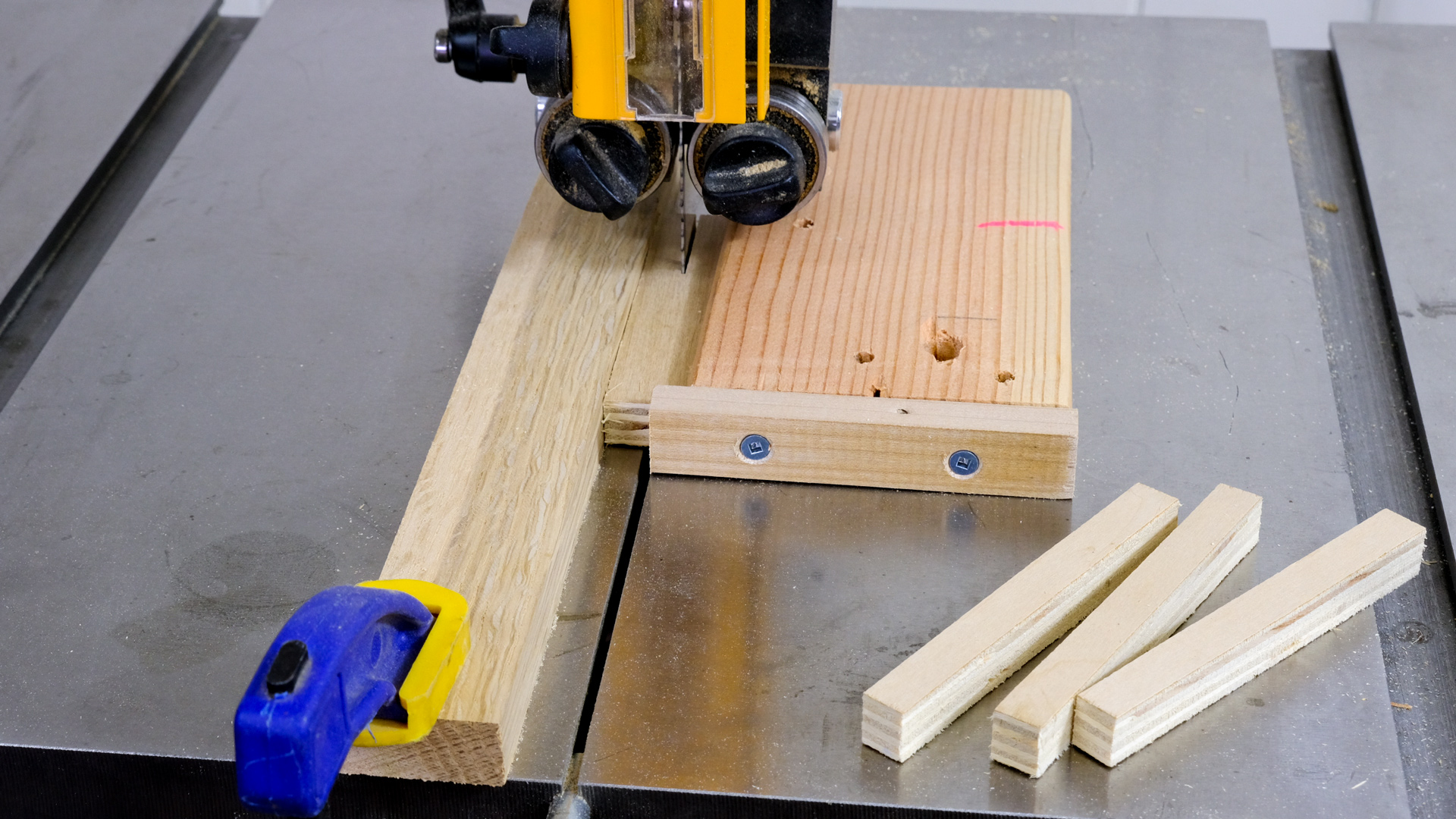 And if you have an idea for a tip ... send it into me and if I haven't used it I will use it in an upcoming video ..