How to Make a Chamfer Plane / Corner Easing Plane

I like having nice crisp sharp corners when I am preparing wood for a project, but sometimes they can be too sharp and even cause a small cut and when the project is made, we always want the corners to be less sharp and sometimes even rounded so that people using our wood project will not get injured either. In many cases I will quickly grab a plane, re-adjust the blade the plane off an edge or run those edges through my wood router table.

Those duties take a bit of time, and I have always wondered about having some little tool that could quickly and easily do this job for me. A tool that was set up, just to do this one job that doesn't need to be re-set or checked every time. Then I saw a few pictures online of a shop made tool that looked similar to what I had in mind.

There are no plans, and this project was an experiment to see "if" and "how well" a small dedicated plane like this would work. I started off with a small block of Beechwood, which by the way is one of the preferred woods for making planes, but honestly ... most hardwoods will work well for this. The bock was 1.75 inches wide, 2 inches tall and 8 inches long. I decided to make it a bit long so it would be easier to work with, then make it a bit shorter later on if needed.

The first thing was to cut a "V" groove in the underside of the plane. This is easily done by setting your table saw blade at 45 degrees and making cuts on either side of the base of the block. This does take a time to set up so that the blade tips meet at the top or even overlap a bit doesn't hurt 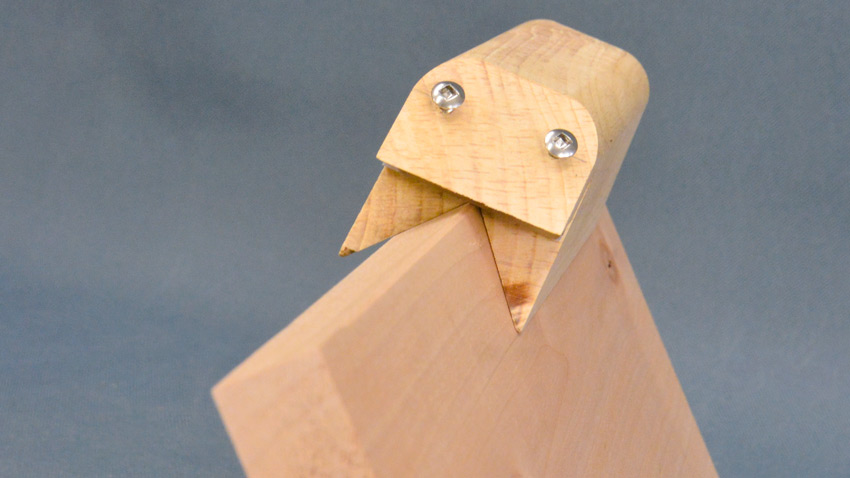 Next is finding a blade. You could use a variety of old blades for this build, I had an old set of jointer knives that I have been hanging on to where one blade is so badly damaged the set is useless except to cut the other blades up and use them for other things ... like this. I checked the angle of the jointer blade which was 25 degrees, a common angle for blade sharpening, then I also checked a what angle most of my plane blades sit at when they are assembled in one of my hand planes. This angle turns out to be around 45 degrees. With this info, I didn't even have to reset my table saw blade, I simply made a cut into the end of the block that was deep enough to be able to bury the jointer blade deeper than the "V" groove and wide enough to  be able to drive a couple of flat head screws into the bottom of that groove that I could then use as blade adjusters.

Along the way, I also needed to make some extra cuts to the face of the block so that I should see where the blade would be protruding so that it would be far enough down to actually cut the top edge of a board. The adjusting screws would let me make these fine adjustments.

I also need to make a cut in the very front face of the plane and drill some pilot holes for some screws that I could use to hold the blade in place. 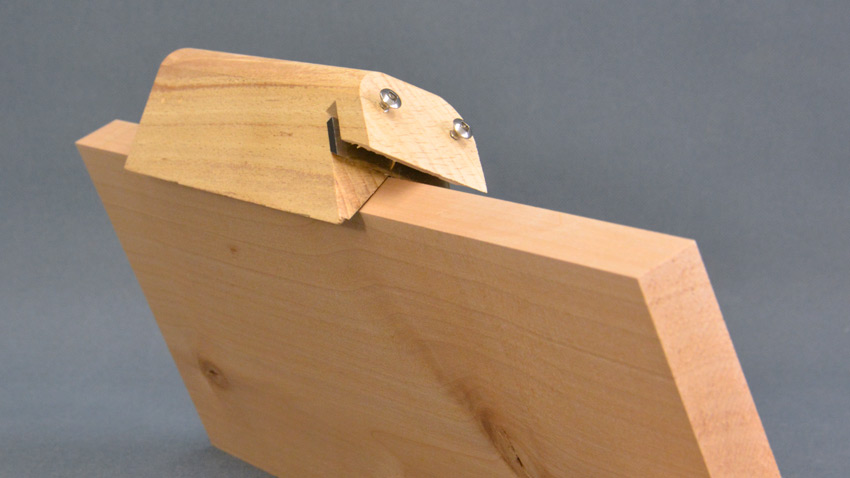 After setting in the blade and adjusting the depth to take off just about 1/16" of wood, I fastened down the blade with the 2 securing screws and gave it a try. I had to re-set the blade a couple of times because I found it somewhat hard to see exactly when the blade was deep enough, but I finally got it to the point where it was planing wood I was pleasantly surprised to see nice curls of wood coming off the blade as I took the first pass. I tried reversing and taking another pass and it took off a tiny bit of wood in a couple of spots I missed on the first pass, but all in all, it worked quite well.

I like how this plane worked but in a future "improvement video" I might try lowering the angle at which the blade sits at which is currently 45 degrees, and lower it down to maybe 30 or 35 degrees. That might make a somewhat smoother planing angle ... but that's for another day. As it is the plane works fine but it might work even better with a lower angle (or it may not) another experiment for another day of woodworking. 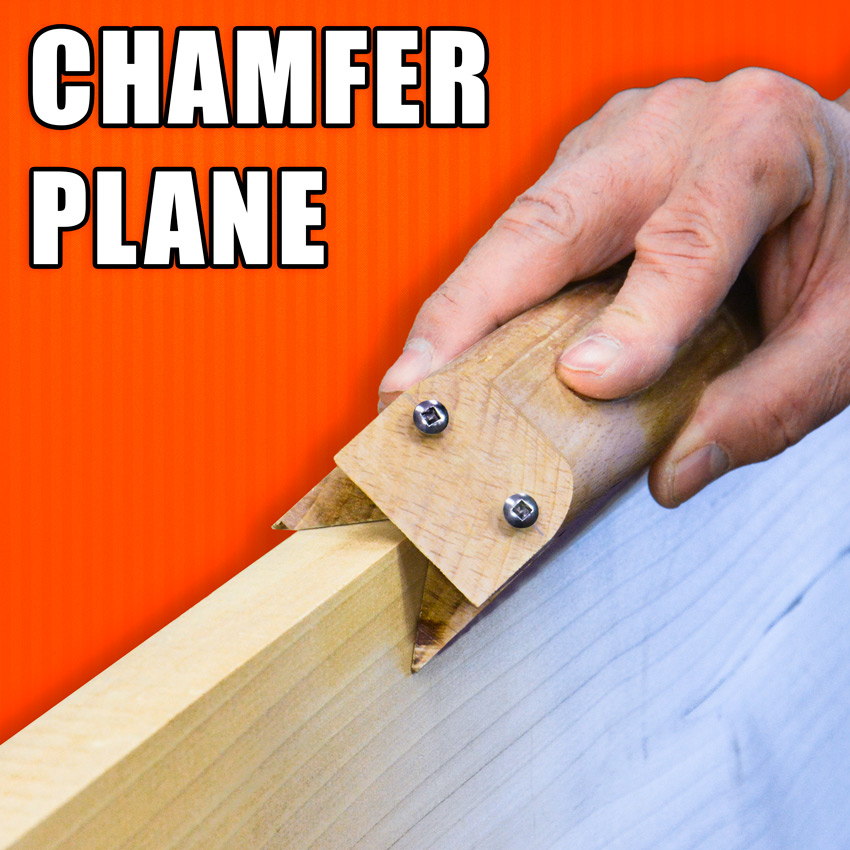