Making Wooden Balls / Spheres On the Lathe With a Drill

One of the things I like most about woodworking is being able to experiment and try new things, even if others have done them, I still like to see if I can do them and how they are done. Making balls on a lathe has long been one of those experiments I have wanted to do, so I decided to take some time and experiment with what it takes to do this.

I had an idea in my head as to what I thought this jig would look like, but as I moved along, I could see that my original design, although it would still work, could be made much easier by changing a few things and that's what I did. Instead of making a stand-alone jig, I could see that incorporating it into the bed of the lathe would be much easier and would stronger too.

The first thing I needed was a drill that would somewhat easy to adapt to a cradle. The drill I had that would work best for this was an old corded drill that had an elongated body and would work great for this kind of a build. I did some rudimentary sizing and started off by cutting some holes with my hole saw in my drill press that would sever as the resting place for the drill. The Hole Saw Arbor I use is the Freud Diablo because it features a quick release mechanism that allows me to easily change hole saw bits and remove cores after I have drilled a hole, and I can change center drill bits just as easily, and with the included adapters I can still use my existing array of hole saw bits, or if you don't have a hole saw at all, you could purchase one Freud Kits.

After a bit of fitting and dry fits, I could see that my stand was slightly too high, and because it is important that the hole saw bit be absolutely aligned to the middle point of where the wood spins in the lathe, I need to make some adjustments to the height and lower it slightly. It's always easier to cut wood off than trying to add it and I kept this in mind when I knew I was cutting the cradle part to long.

After a few more fittings, it was time to attach the cradle to the base plate of the jig. I made sure that each side of the cradle was spaced between the hose clamp that I would use to clamp the drill to the cradle and after the sides were fashioned, I drilled a couple of holes for some thru-bolts, that would be the lower side of where the clamp would attache to the cradle. 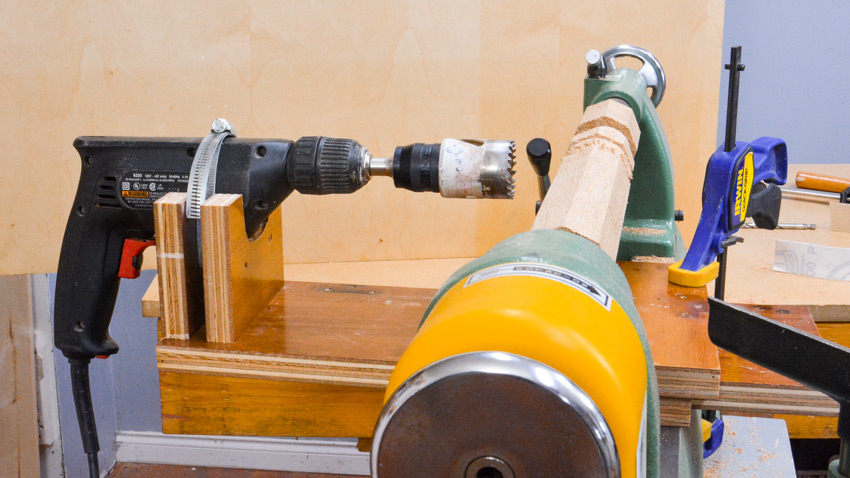 That was really all it took. A pretty quick and easy build, all I needed to do now was to firmly clamp the bridge to the lathe bed and check to make sure it was secure and the base plate would slide smoothly ... which it all did.

The lathe was already set at a slow speed, so I decided to try this first. As things go, this turned out to be the best setting because when I tried faster lathe speeds, my results were poorer,

I also noticed that the ball I turned was quite rough, but that was likely because the teeth on my hole saw bit were so very aggressive. If I were to pursue this more I think I would try getting less aggressive bit or even filing down the teeth to more of a pyramid shape to get a cut that is not so rough.

All in all, this was a very cool project, it's fun to try new things and in the future, I may work more on because I have some ideas of things I would like to try, like laminated contrasting woods ... maybe later ... 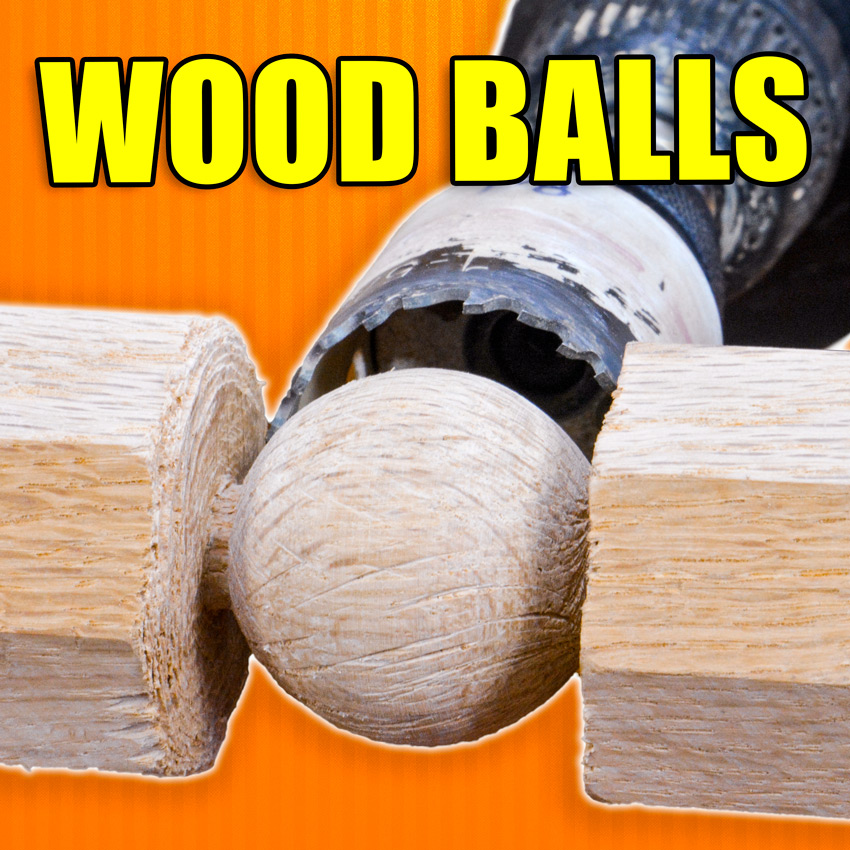