Sadly, not every log or bit of lumber that lays on the ground or in the forest turns into a spalted lumber candidate. There are many reasons for this and finding spalted logs or lumber takes a bit of a unique set of circumstances for it to actually occur and to become something as you can see in my video where I chose some logs that "looked" like they might have some spalting in them, but when finally cut, had very little.

Sometimes logs or wood can rot and not show any real signs of usable spalting ... wood gets wet and just rots so in order to get spalting it does need some ideal conditions, fortunately, I live in an area, the Pacific Northwest, where those conditions occur often, quite naturally .. but not always.

So from the little bicycle trips I took about a year ago and found some logs that have been cut down years before and that appeared to have some spalting, only the Red Alder came through with some nice spalting.

Some of the wood had no bark, was wet and covered with moss and so on, and hard to identify, one log happened to be Red Cedar, a softwood, which I suspected might be Cedar when I was cutting it, it was soft, but spalted wood is often soft but the end grain, from what I could see looked like Cedar, but since I was there I thought "why not take a couple of these shortcutting anyway and see what they look like".  Well ... not much, regular Red Cedar, which is fine, but not a wood I work with very often. Red Cedar contains natural oils that make it very hard to glue up long-term and almost impossible to get a finish to stick to it because all the natural oils continue to migrate to the surface of the wood which means glue loses its holding power and any of the surface coat finishes like Poly and varnishes "lift-off" the surface over time.
The second disappointment was what I thought was Big Leaf Maple, and I was correct, but again a year later and when I opened it up there was nothing much for spalting and even less in any kind of figure, so that too will become firewood.
And lastly, the one I was looking for the most, Arbutus or Madrona logs. These are special trees that grow on the western coast of North America between Alaska and southern Oregon and they only grow within 5 miles of the ocean. Apparently, they need a certain amount of salt which they can extract from the salt air. A lovely, very rich redwood, hard and when wet this is a woodturners dream. I have never seen spalted Arbutus and was hopeful that I had found some downed trees that had been sitting long enough for this to occur. Unfortunately, it seems the wood bugs got to the wood before me, which was very hard to see in the end gain when the logs were cut, but one cut of the log a year later and there was far more wood bug damage to the logs than I was willing to work with so ... another log for the fireplace.

That left me with 4 or 5 Red Alder logs, which I have had great success with in the past in finding spalting, and these did not disappoint. Wonderful spalted wood inside with a variety of distinctions ... just plain old lovely spalted Alder. You can see from the video and the pictures what lovely results these logs gave. I'm looking forward to using this in the future for boxes, picture frames, and other smaller wood projects. 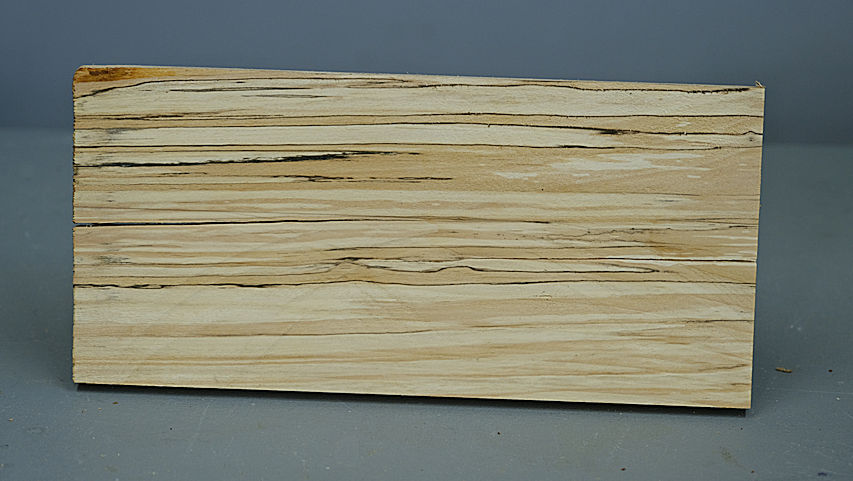 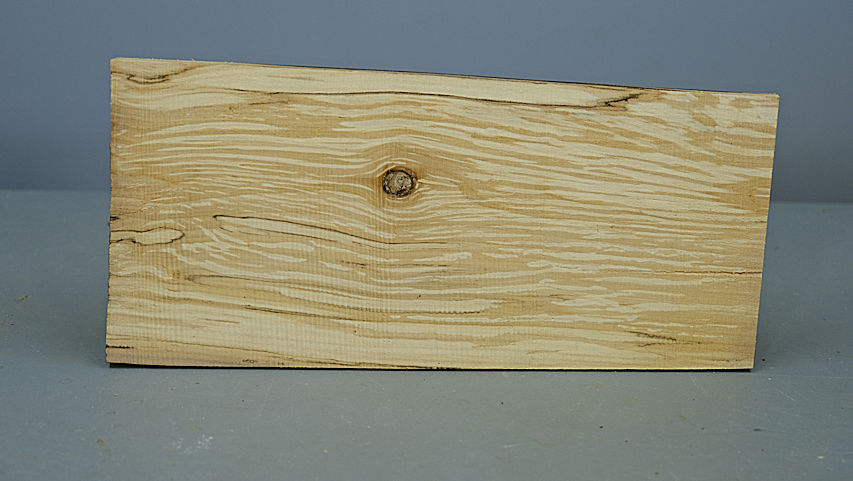 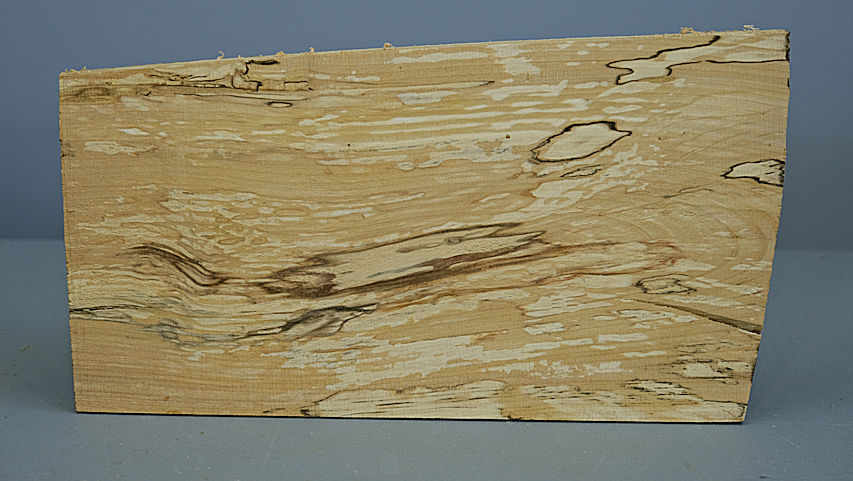 I know some of you will be interested in knowing about the bandsaw milling device I was using, which I quite like, it's called a Little Ripper and you can get details from this Canadian company who designed and build it ... and send lots of these to US customers, they are https://stockroomsupply.com/

If you do decide to order one, also get the "extension" because without it you can only grab smaller diameter logs, and if you have a larger bandsaw, you will want to rip bigger diameter logs and boards. I also got the extension for ripping longer boards which I have not used as of yet. 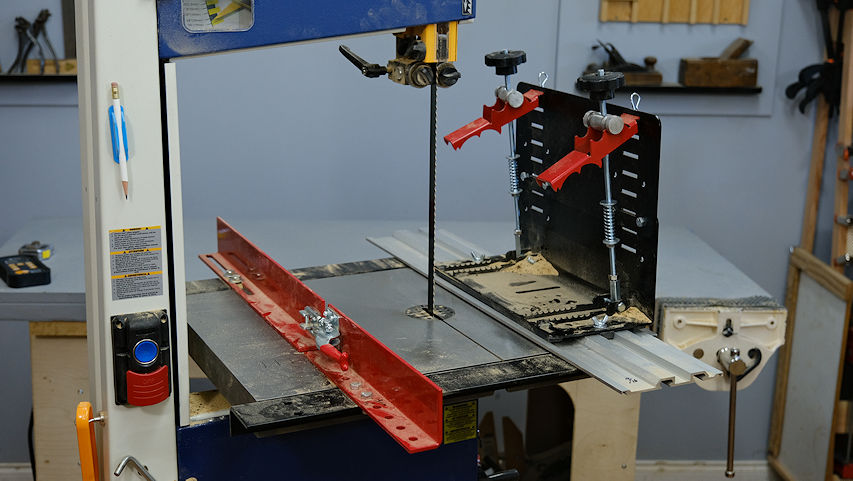 I though about using some of the wood right away, then ... as always ... I checked the moisture content and it was almost 15% still a little bit high, I want to see it down around 9 or 10% but that won't take long with these thinner, shorter boards ... a month or two inside and that wood should be ready to use. 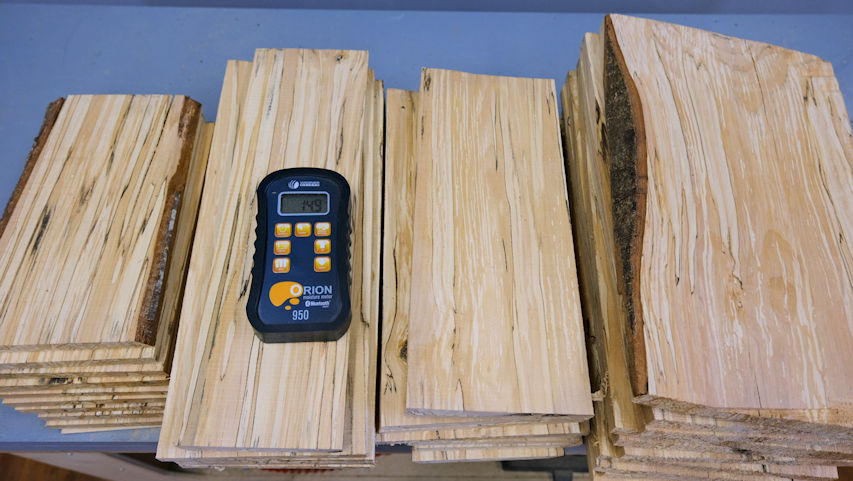