I guess having lived most of my life as a bit of a skeptic, I frequently find myself questioning whether things I see or hear of and just how accurate they are. I woodworking we have many things that are shared between woodworkers that are not quite as they are portrayed which is why I love to hear or know of the "science" behind different things we do in woodworking.

I recently decided to look at hydraulic presses so I could do some real testing of my own and found they were surprisingly inexpensive for my small woodworking needs, then to my good luck, I stumbled upon a sale and decided it was something I could make good use of.

The whole purpose of this test is to compare just how strong different end grain joints are, and what we can do to help strengthen them in the event we need to use these. Different glues and different wood combinations will probably give slightly different results so these should only be used as a guideline in helping us decide what joints we could use and what we might expect from them. 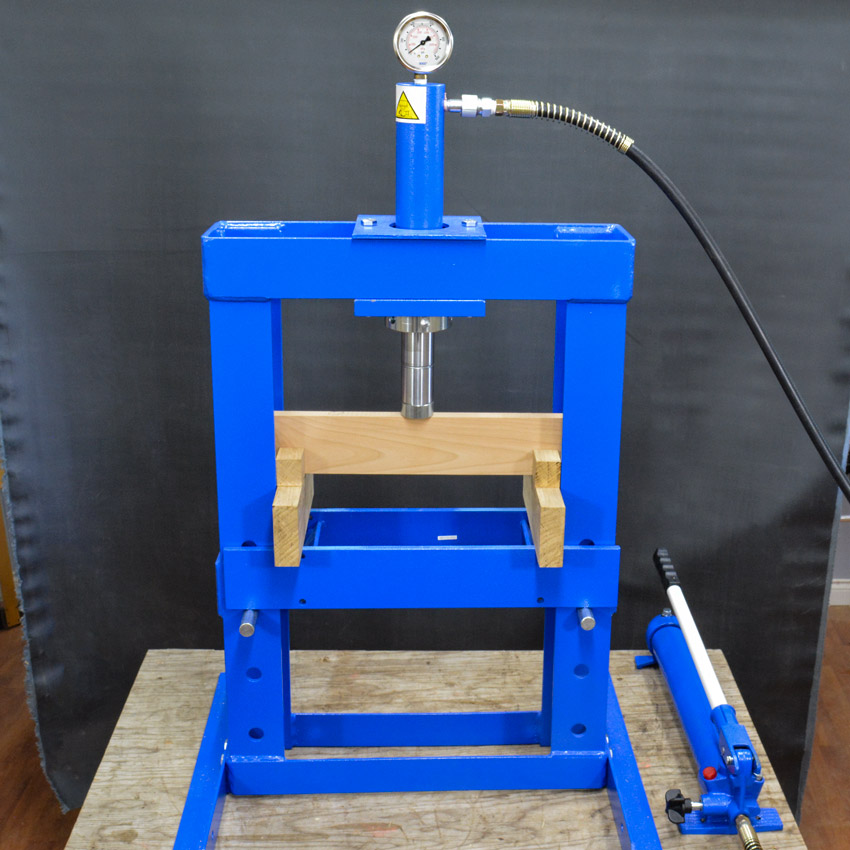 The press is far more than I need for woodworking but included the stand and when I priced the hydraulic parts, purchasing the metal and building my own stand, I decided for the small uplift in cost the purchasing the stand would save me tons of time. 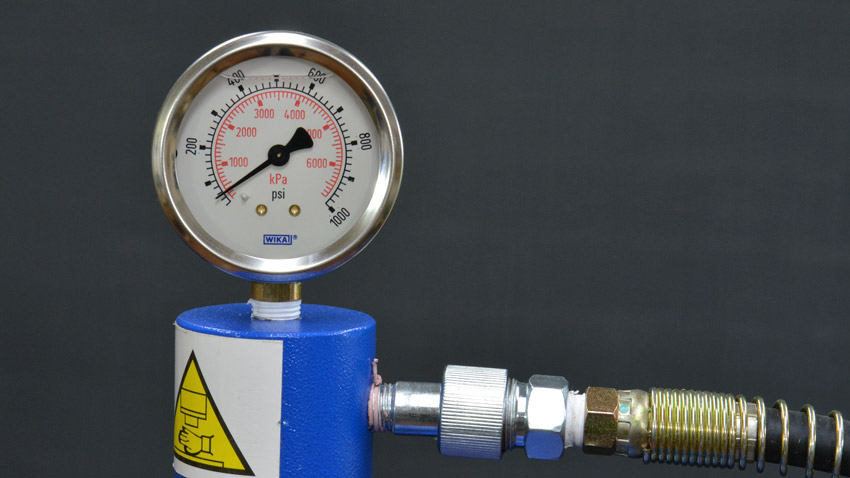 The first thing I am starting off with is basically doing a comparison test of end grain or butt joint. Typically in woodworking, this is the joint we all want to avoid because gluing end grain to end grain is probably the weakest joint because really all we are relying on is the strength of the glue. Some could even argue that is is a "glue test", and in a sense it is.

What I want to do is test some of the joints that I talked about in a video a couple of so weeks previous, and adding one I didn't mention.

The results from these tests are only for comparison use. All wood was Red Alder 3/4" x 2-3/4 x 8" or spanned to the holding blocks on each side of the press. Using different glue or different wood will likely give different results.

Here are my observations on the results in the order in which I tested, as seen by the numbers on the yellow stick pads on each set of tests.

1 - Glued and Clamped:  Test Result -  240 PSI
I consider this joint my starting point as this has been what I have resorted to in past as a last resort 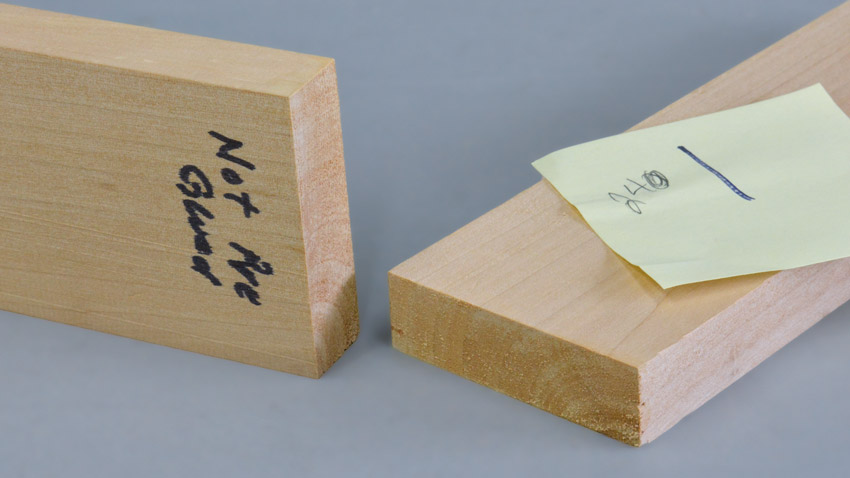 2 - Re-glued again after a 15-minute pause: Test Result -  340 PSI
In more recent years I have discovered that the second layer of glue over the first layer after it has sat open for 125 minutes significantly adds to the strength of a joint, and in this case, it adds 100 PSI 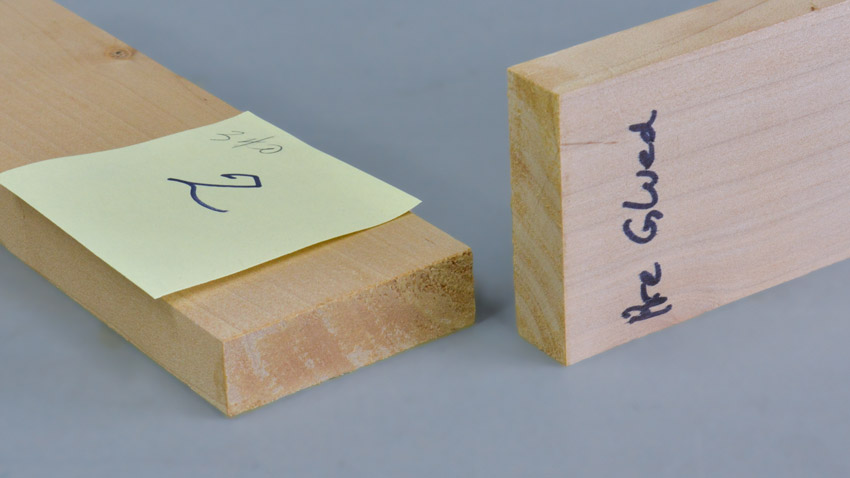 3 - Using a Biscuit (newly added): Test Result -  130 PSI
I have frequently been disappointed by biscuit joint use in everything except MDF and other particleboard products (which is what it was originally designed for), and in this test, the biscuit was easily the poorest choice. 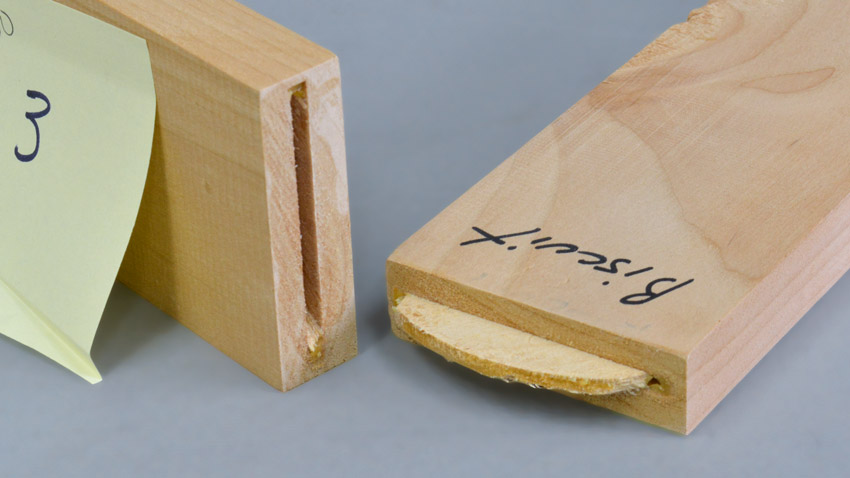 4 - Using 3 dowels: Test Result  - 320 PSI
I expected the dowels to do better and none of the dowels broke, they only slightly bent and the glue affixed to the dowels was tearing the wood fiber from the insides of the dowel holes. 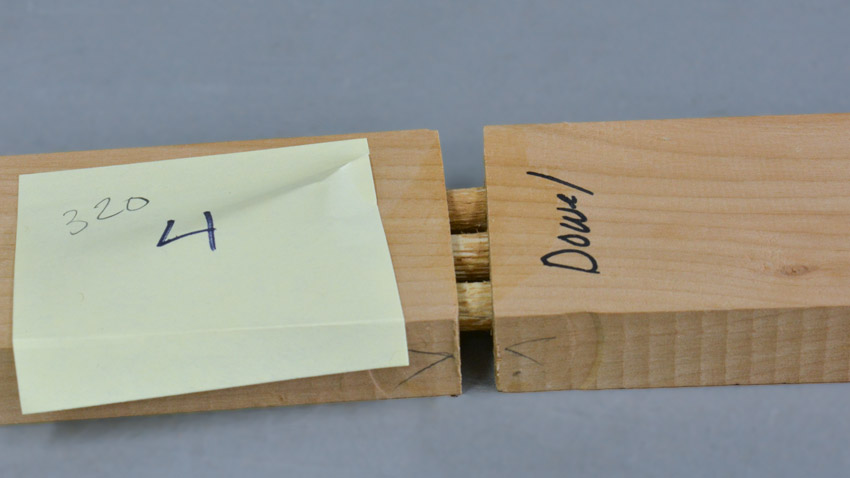 5 - Using a Freud Finger Joint Router Bit: Test Result - 540 PSI
I expected this joint to be the strongest and it was, but it did the same as the dowels, the joint failed when the fingers pulled apart and you can see wood fibers from the matching wood on either side as the failure, so like the dowel, the glue did not fail, the what failed was the end grain wood fibers being turn out of the wood. 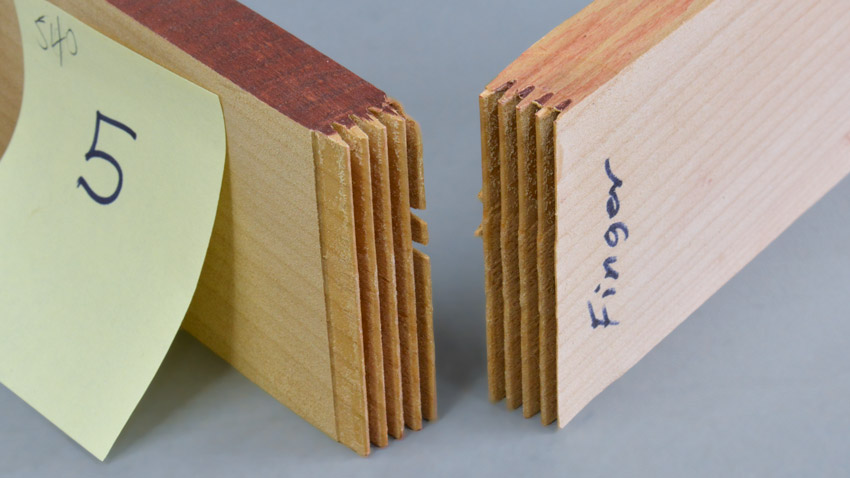 The image below shows the order for strength for each joint tested with the poorest at the bottom and the strongest at the top.
The numbers on each piece are the order in which I tested them. 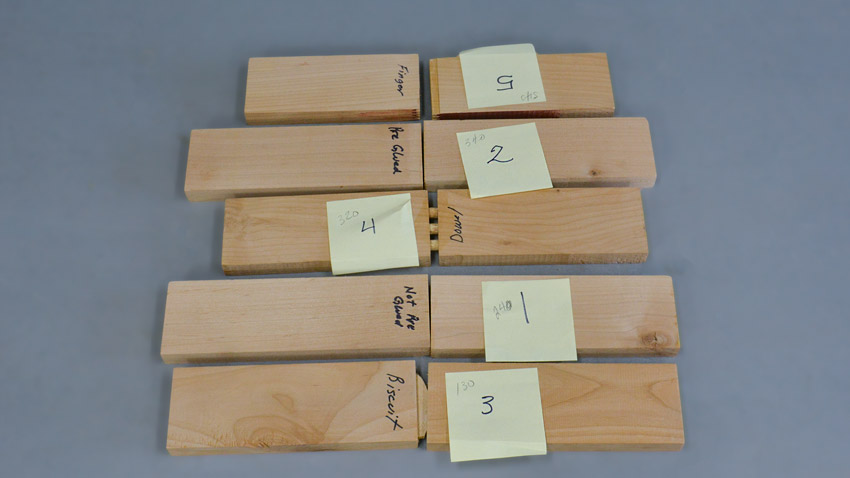 After Thoughts
In the end, I am still a bit surprised by the placement of the tests. Generally, most fell where I expected them to but when I look at the overall placements, I see that the second strongest is a simple butt joint with 2 layers of glue between a 15-minute pause. Equally, I am disappointed with the Biscuit which is basically half as strong as the next test piece, which tells us that just gluing to end grain pieces of wood together is actually stronger than using a biscuit joint for this test. Just not what I expected. I felt there might have been something wrong with the biscuit test, so I did it again off camera to see if there was an anomaly, and no there wasn't, actually the second test I did for this the biscuit tested slightly worse using a biscuit.

None of these tests mean anything except that they are guidelines to what we can use for different options when we need to use end grain to end grain joinery and what might perform better than other options. There are always things that can affect results you get, such as wood or glue type or other factors, but these are guidelines to help steer you in a positive direction. 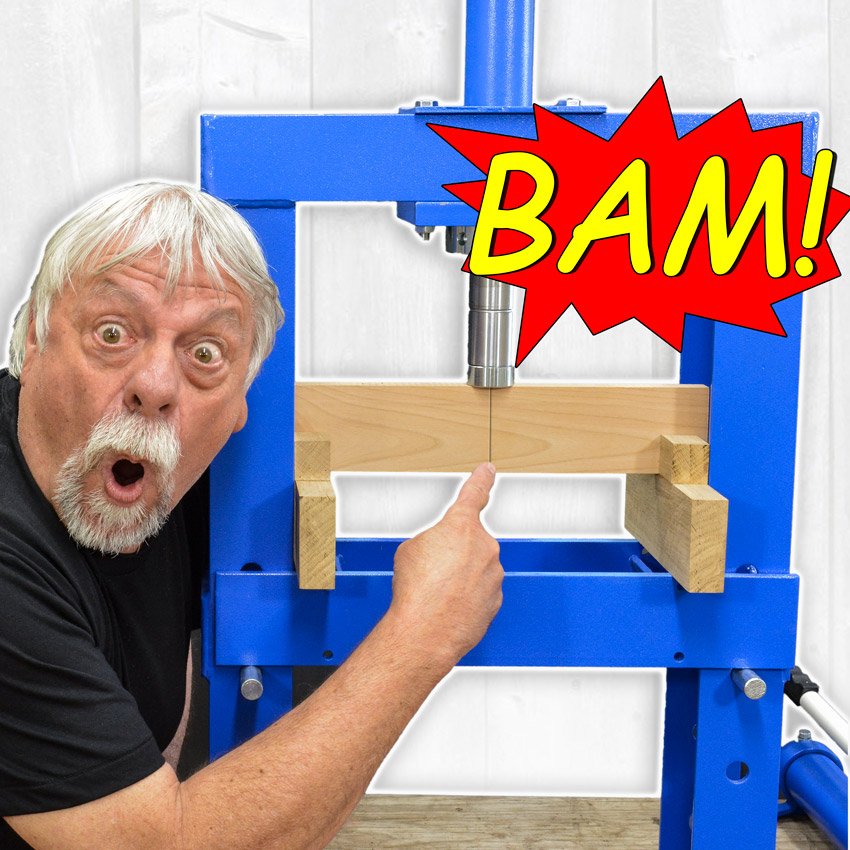