One of the challenges of working in a small workshop is keeping enough room to move and build things without having machinery taking up the bulk of the room. Having machines on wheels is one way of accomplishing this, but there are other ways of economizing on space, which is what I am doing with these collapsible arms on my sliding miter stand.

Several months ago when I was looking for locking steel arms that were also collapsible when I was building my outfeed table for the table saw, I found some very strong arms that I liked, that also came in 2 sizes. At the time of buying them, I realized that not only would this design work for my table saw outfeed table, but also for my sliding miter stand.

And so .. I purchased both sizes, knowing that someday, I would get around to making the sliding miter stand modifications. The brackets I purchased were from Lee Valley, and they are very nice brackets, but since that time I have also found a similar version at Amazon that looks like these .. and you can read about them here... Shelf Brackets 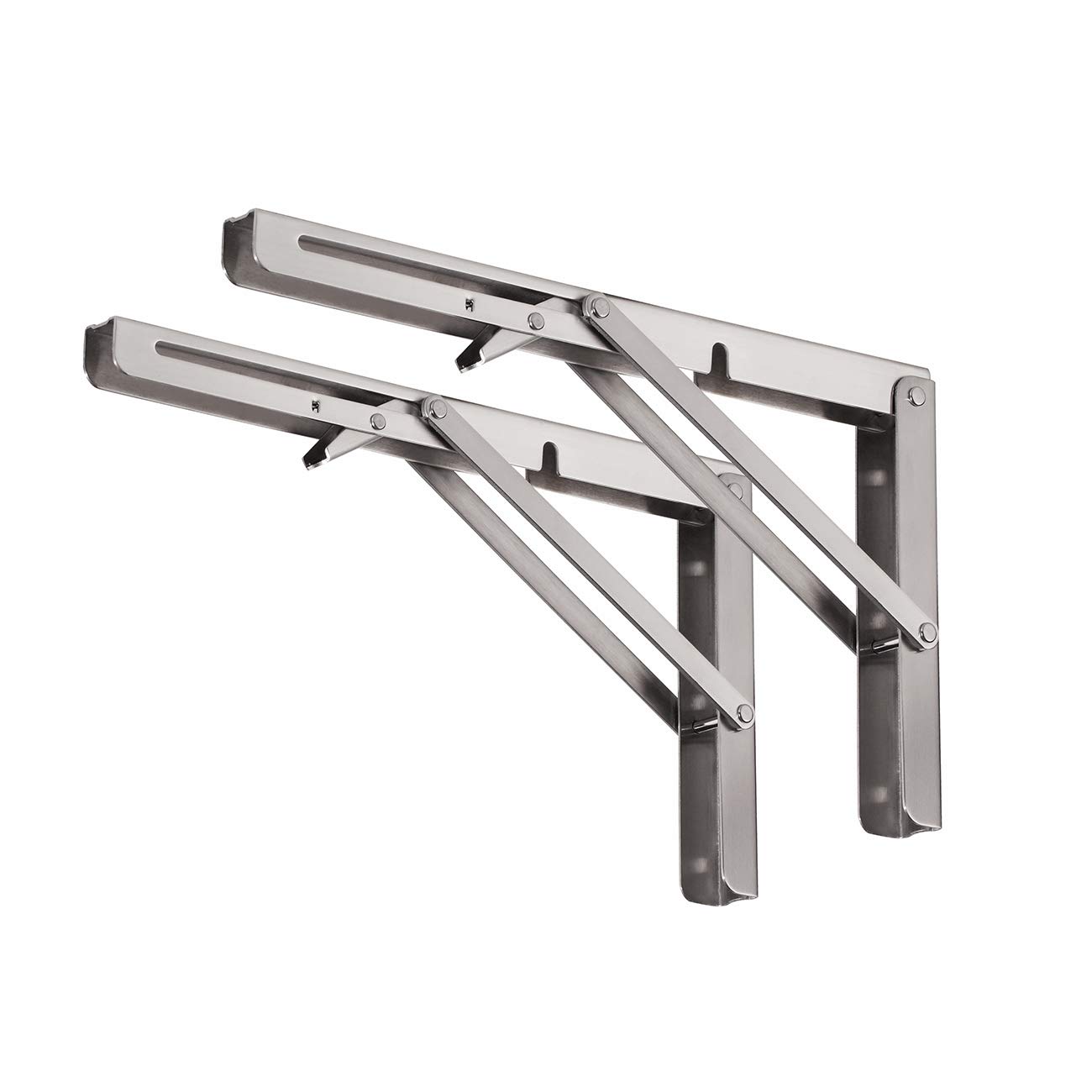 I upgraded my sliding miter saw about a year ago because I liked the dust collection port that had been added. At the time of fastening firmly to my sliding miter stand I built a few years ago, I thought it would be useful to add flip-up extension arms, and put it on my to-do list for shop upgrades.

The bed or cutting surface of my sliding miter saw is the same height as my jointer, and slightly shorter than my table saw, so they are all just about the same height. What I have found in using my sliding miter saw for the past few years is that sometimes it is nice to have support for longer boards but I seldom need support on both sides of the saw at the same time unless of course, I am cutting a long board in half ... but what I do need is support on one side or the other on a more frequent basis, and often that support is on my left of the saw because that is where I hold the wood most frequently.

I found a shorter piece of Garry Oak and cut 2 strips 28 inches long by 2 inches wide and 1.25 inches thick, these would serve as the extension arms, nice and strong and stable and attached each of the steel brackets to the wooden arms.

Next, I need to reinforce the side of my sliding miter cabinet which I did by installing and gluing a support strip on each side where the steel brackets would be fastened to the side of the cabinet.

While the glue was drying I made a could of saddle brackets to fit on top of the extension arms, with enough room that they could move back and forth easily along the length of the arm. I also found a piece of Pine that I could use to attach to the saddle blocks that would be the wood rests. I decided to round over the edges of the wood rests to make sure I would not inadvertently bump of gouge any wood pieces I was placing on the wooden rests. I did the rounding off on my router table. 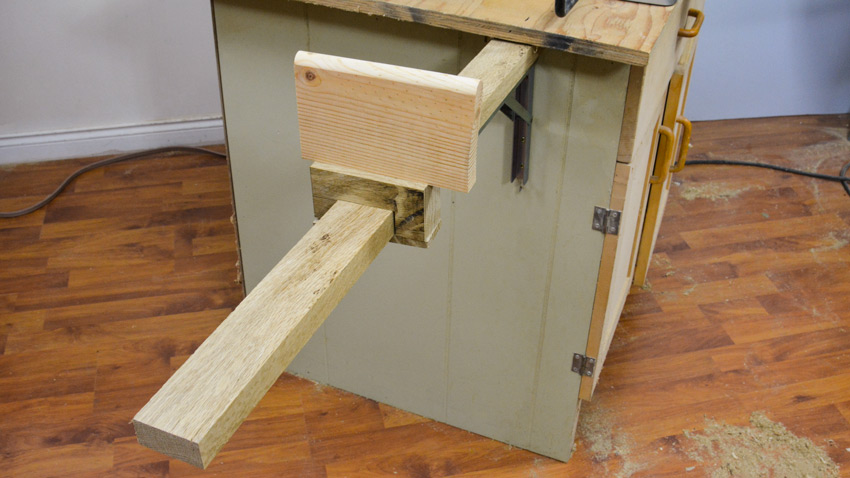 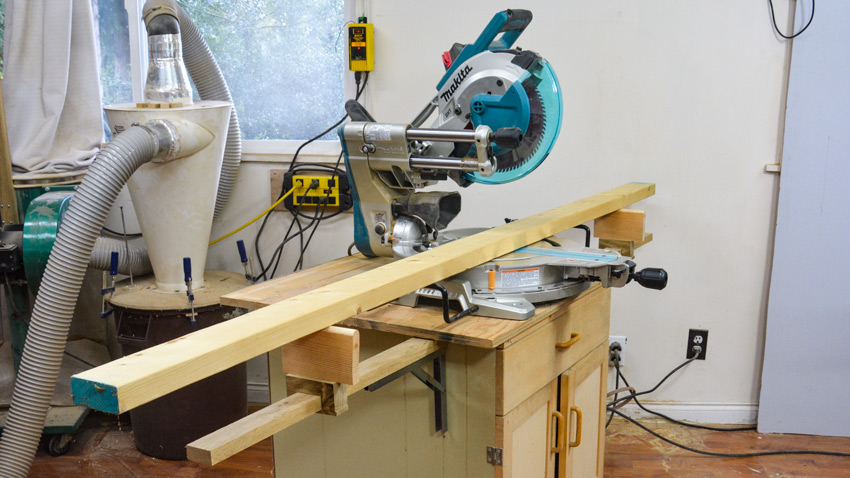 Then, of course, it needs to be tested, such as it is ... and yes it works fine, but what I really like is that I only need to flip up one side or the other and only when I need it and it takes seconds to flip up or drop down ... wow, I wish I had done this years ago.