Saw Blade Kerf: Micro Kerf vs Thin Kerf vs Full Kerf - What You Should Know

Full (or thick) Kerf versus Thin Kerf and what about Micro Kerf?  All the questions I get on blade kerf, including what size of blade should I use? Like many things when you know the answer it's easy, and when you understand the reasons "why" it just makes blade selection and blade purchases so much easier and ... getting the right blade for the right job.

There are no standards on blade thickness, and some manufactures even vary the thickness, very slightly, within their own lines. Because of this, all thicknesses are given as approximate since thousandths of an inch or millimeter are typically insignificant. There are no secrets about blade kerf but there are pros and cons about what you should use and what you might need to purchase and to make things easier I have tried to lay things out in something of a point form ... 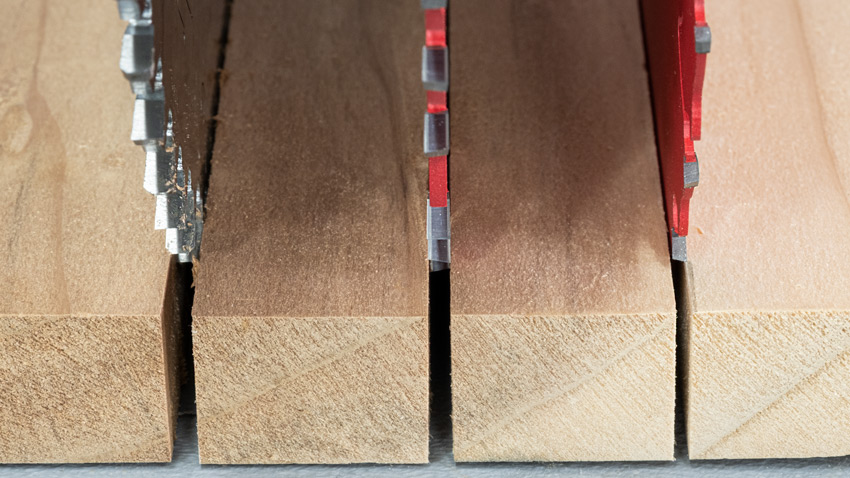 Full Kerf and sometimes called Thick Kerf are blades that are approximately 1/8th inch thick or 3.175mm. Full Kerf blades are big, thick, heavy blades and because of this, they need large horsepower motors to not only spin the blades but to cut wood at the same time. In many cases, this wood can be hardened MDF, 2-inch oak, or other thick hardwood materials, which requires a lot of power like 3 to 5 horsepower, in order to get the job done. 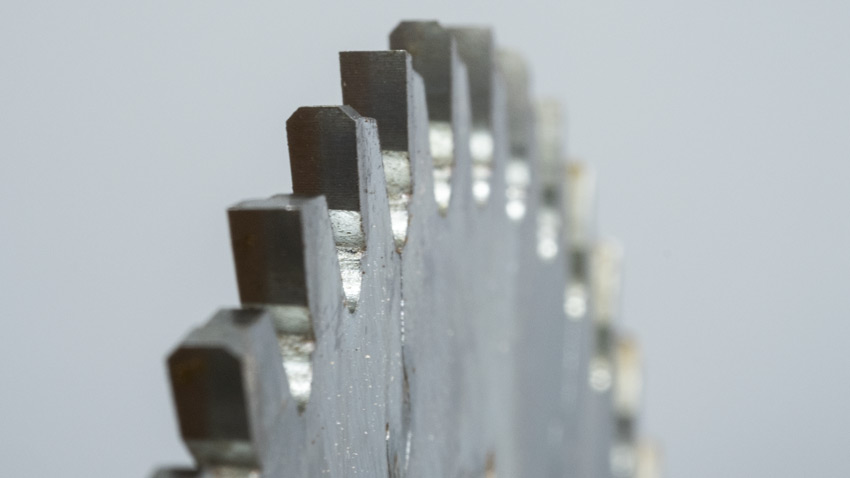 Advantages to Full Kerf
They will make the truest cuts because of the blade thickness
They will require the re-sharpening less often and will be able to be re-sharpened more often than thin kerf blades, which all means less cost and less loss of time
Full blades will have a full line of blades, including specialized blades for cutting every type of material available from natural wood, plywood MDF, plastics, thin metals, and general-purpose type blades.

Full Kerf Disadvantages
Require larger amounts of saw horsepower at least 2hp and often 3 to 5 hp
Full Kerf can be used on lower power saws for limited and special cutting
Full Kerf blades are noisy and create more sawdust
These blades are harder to push the wood through the saw, especially hardwoods, because of the thickness of the blade

Who Uses Full Kerf Blades
Pretty much any organization that uses a table saw a lot such as commercial builders, cabinet shops, furniture manufacturers, and industrial plants because they like the variety of blades and they get a lot of use out of the blades before they need re-sharpening, and the re-sharpening saves them money. 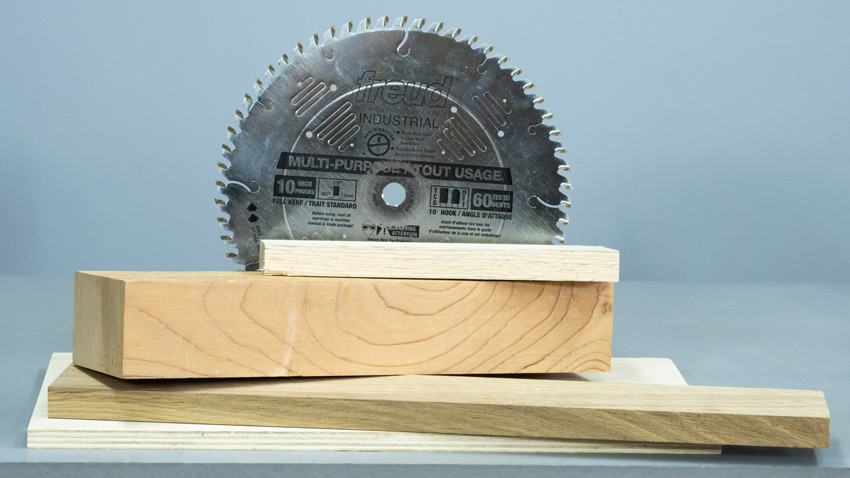 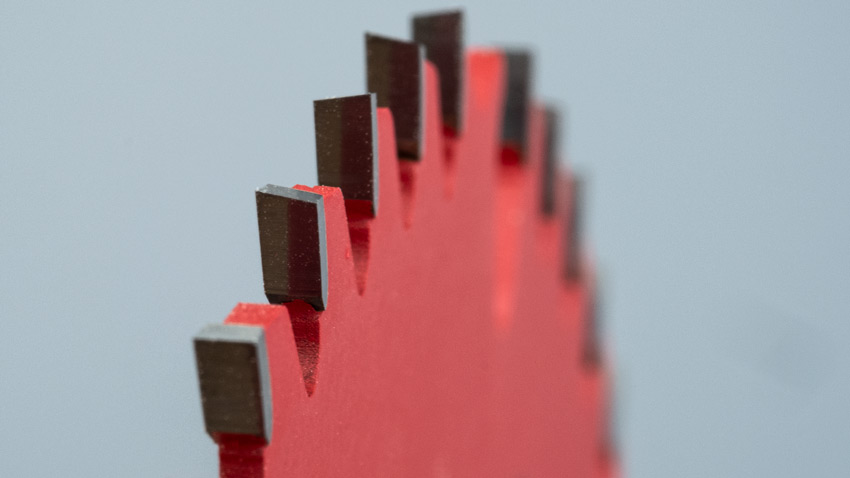 Disadvantages of Thin Kerf
They may not be cut quite as true a cut as full kerf blade, depending on the material being cut, but still highly accurate
They can be re-sharpened, usually only about 6 times, but sometimes blade replacement almost the same cost as re-sharpening

Who Uses Thin Kerf blades?
Almost everyone who does woodworking will have a use for thin kerf blades but they are specifically used in lower powered table saws and crosscut saws, commercial businesses tend to use thin kerf on a more limited basis 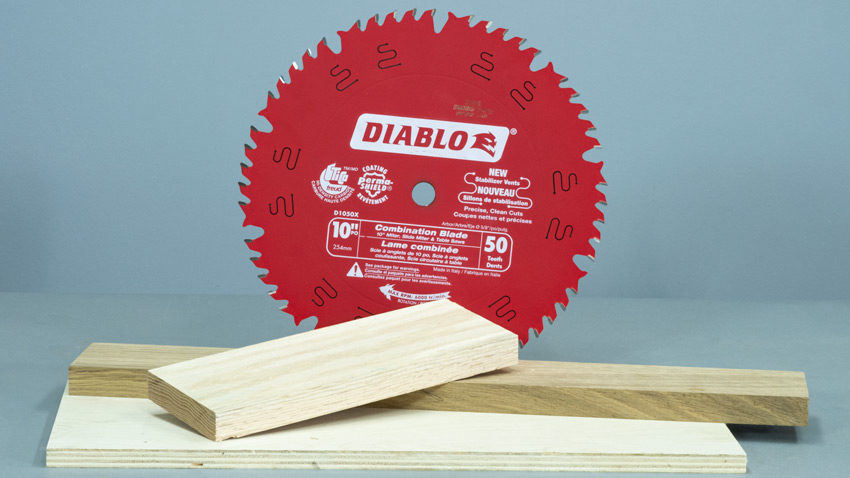 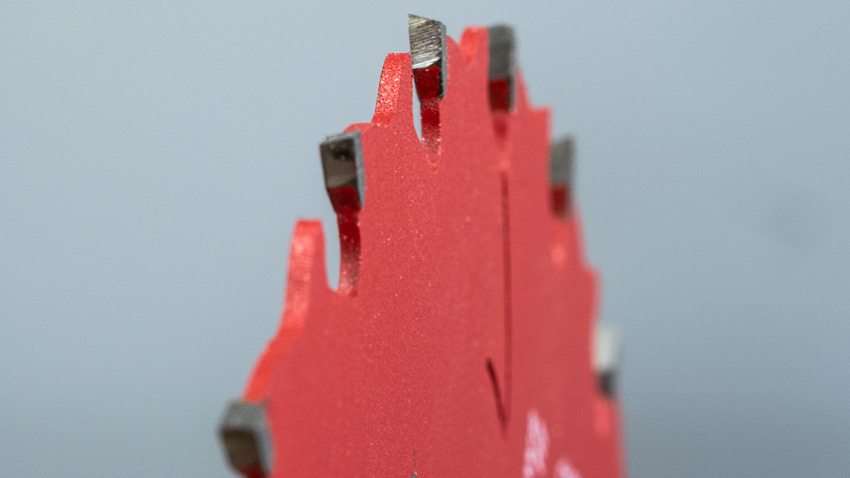 Disadvantages of Micro Kerf
Depth of cut is somewhat less being around 1-3/4" depending on the saw version
There is a more limited selection of wood blades in this family of smaller diameter blades
Saw cuts are considered "rougher" as there can be some "blade wander" with these thinnest of blades
Blades are not as robust as thin or full kerf because of their inherent thin body
They are not economical to re-sharpen, often only costing between $8 and $15 depending on teeth numbers and blade quality 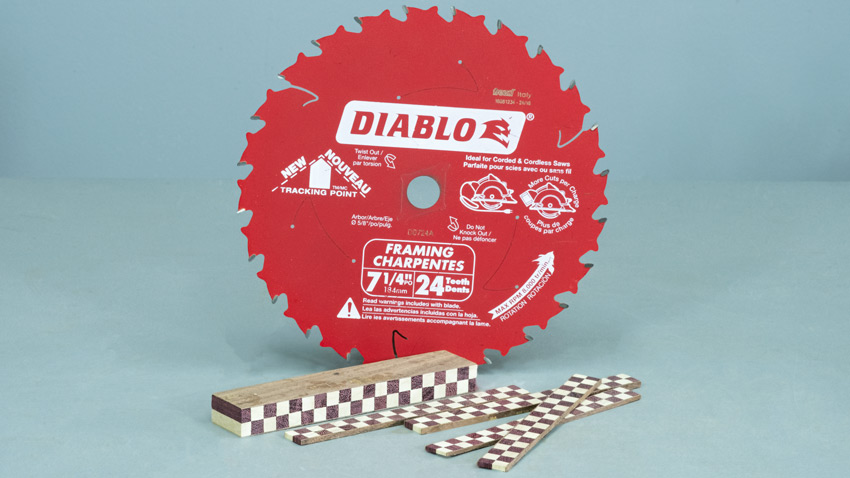 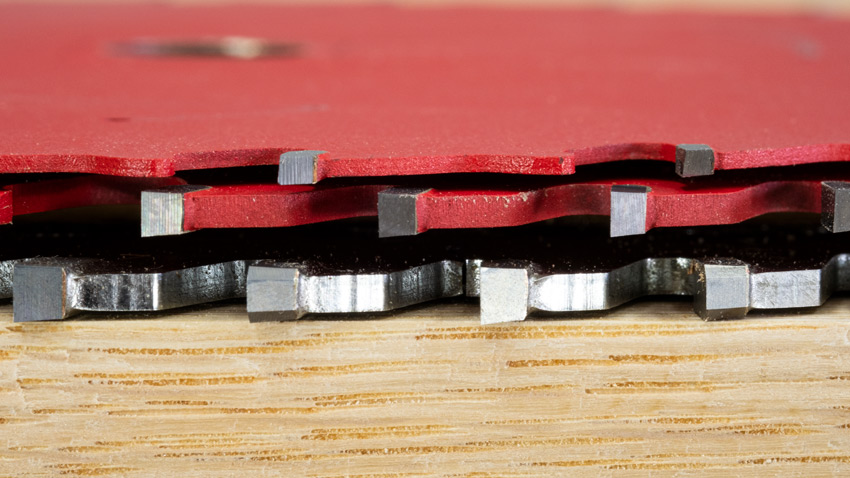