A few more tips from subscribers in this episode and a couple of ideas that some of may want to a small investment or create your own alternatives for and make yourselves, either way, they will save you time and money in the future and maybe even make your woodworking life even that much more enjoyable :)

Lets start of with one of Doug's suggestions, and what Doug found on Amazon is a little sanding block device that was created to accomodate the 5 inch pads we normally use in random orbital sanders.

And here is what that sanding block looks like the one in the 2 pictures below.  It appears like a handy little sander, but probably not something so complicated that a woodworker could not make his own simialar version. The thing that I really like about this kind of sanding device, despite the fact that the sanding discs might be a little bit more expensive that buying square sheets and cutting them into quarters like I do .... with the round discs you might actually get more use from them because you can rotate the discs and get better coverage with each disc ...
The velco also helps keep the discs attached which is another bonus.

Check this hand sanding block out on the Woodworkweb Amazon Store 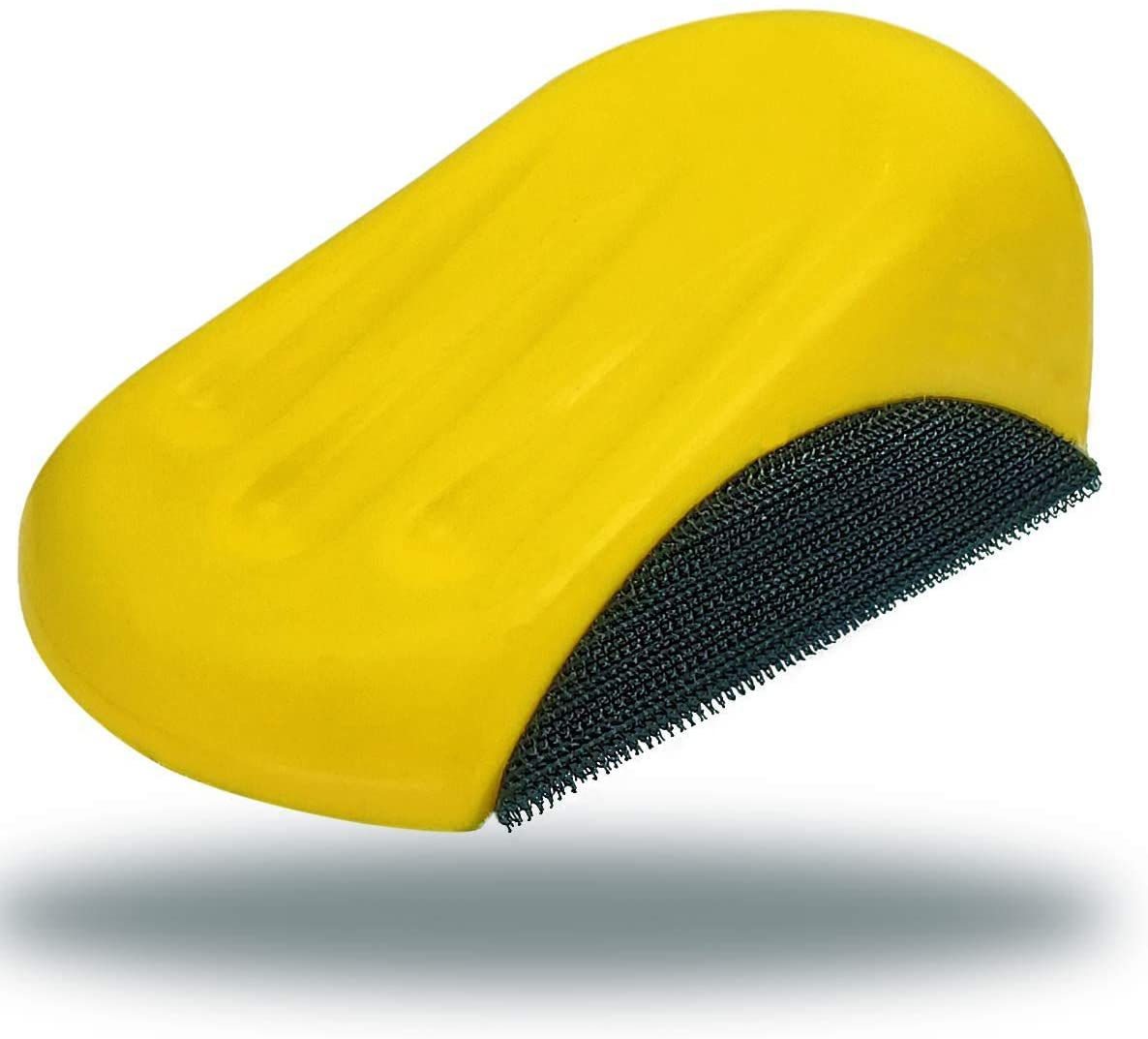 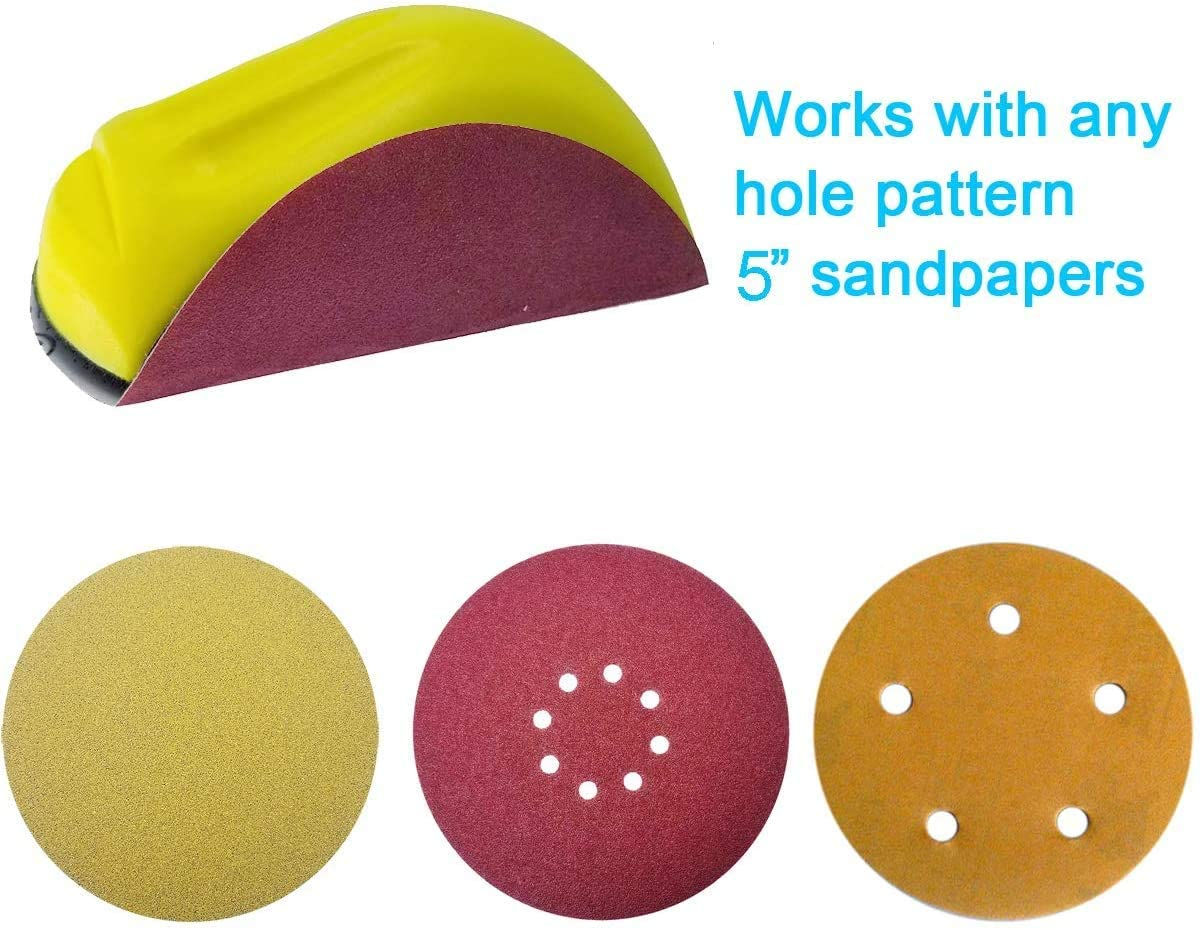 And here is the versioin of a similar kind of hand sander that I made several months ago, it work well for some things but there is a lot of area for hand sanding so it can be tiring to use when the hole disc is in use .... still, it's another option 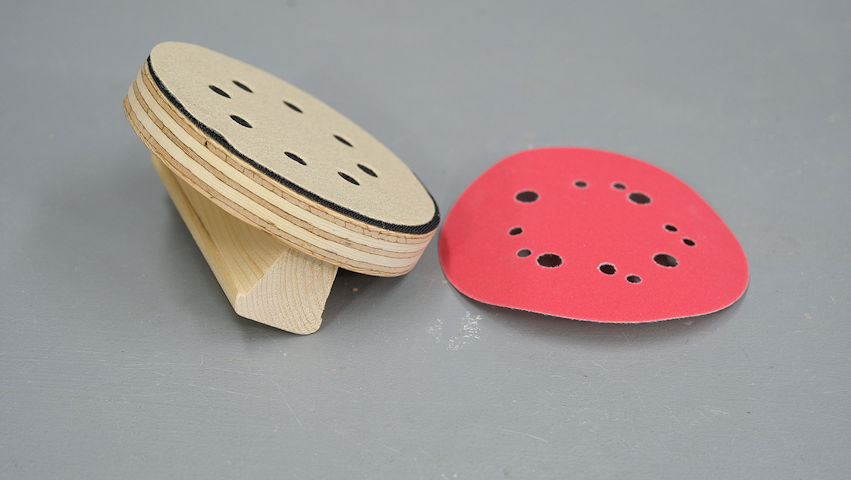 This was sent in by Dennis, and he even sent some pictures of workshop knobs he has made with wooden inserts and plastic lids on top, they look quite attractive. My only problem was trying to match some wooden discs with lids that I had on hand ... there is probably a combination out there that works well and once you find it you could make lots of these little knobs for all sorts of jigs and accessories .... 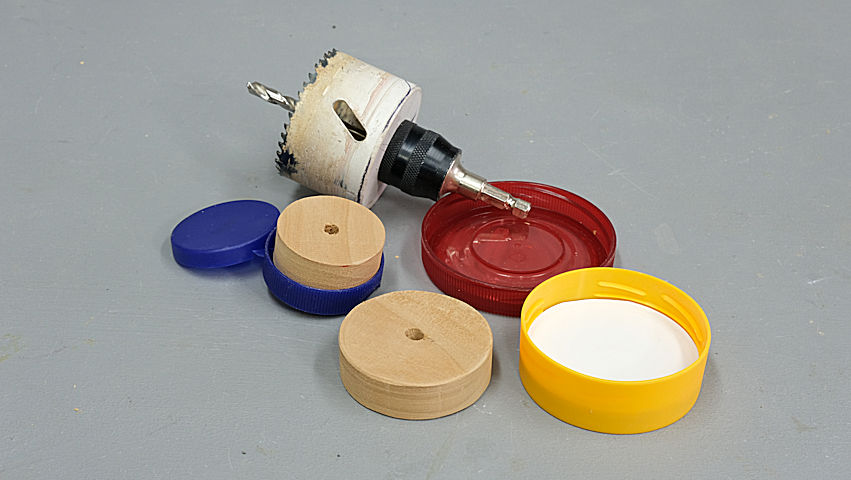 Doug lives in a cooler part of the coutry and sometimes his paints and glues can freeze in his unheated workshop. When some products freeze it changes their molecular charcertistics and they quit doing what they were designed to do. Some people will lug paints and glues back and forth, but Doug has a great idea. He got himself an old non-working upright freezer (a fridge could work too and in a pinch, even a chest type freezer could work, and even double as another working bench). He then installed something called a Golden Rod, which is small electrical heating (or warming) device. 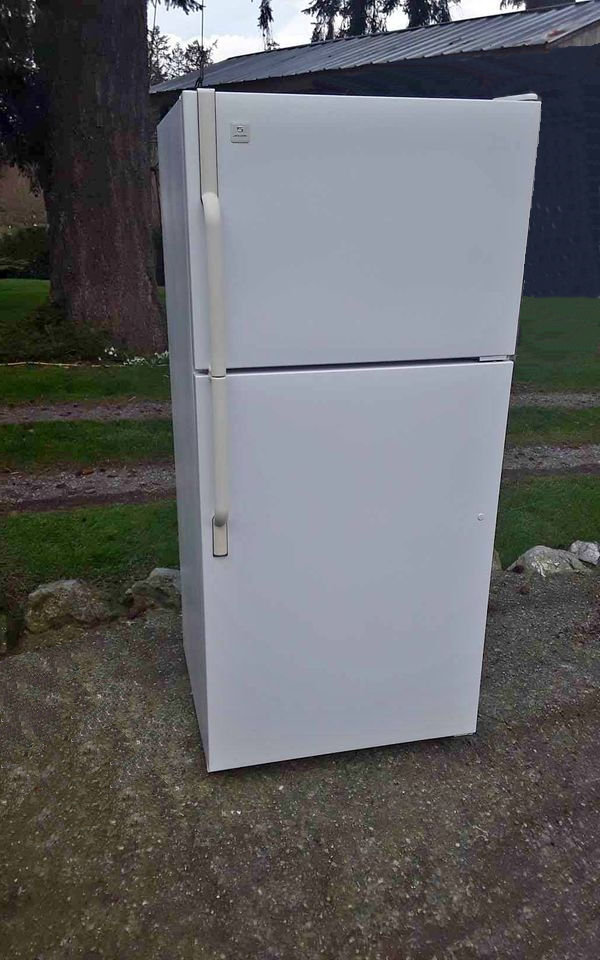 Here is what a Golden Rod looks like, you can check out more on the Woodworkweb Amazon Store

With all the insulation that is packed into fridges and freezers, it makes it an ideal place for heating as well, and these little heaters apparently keep Dougs, paints, glues and other  liquid items from freezing so he doesn't have to worry whether they are going to work or not when he gets to using them.
Great idea Doug ... thanks

Tims sent in this idea, of using old plastic and styrofoam food trays, as a workbench trays. They are nice and light, come in a variety of sizes. colors and shapes and are perfect for so many smaller jobs where we might have a few nuts and bolts, screws, nails etc. and that, for me at least .. some always roll on to the floor just when I need them. As well, they are easy to clean up if you get sawdust in them, a magnet will pick up the metal parts and sawdust can be disposed of ... I have already started using this tip ... thanks Tim. 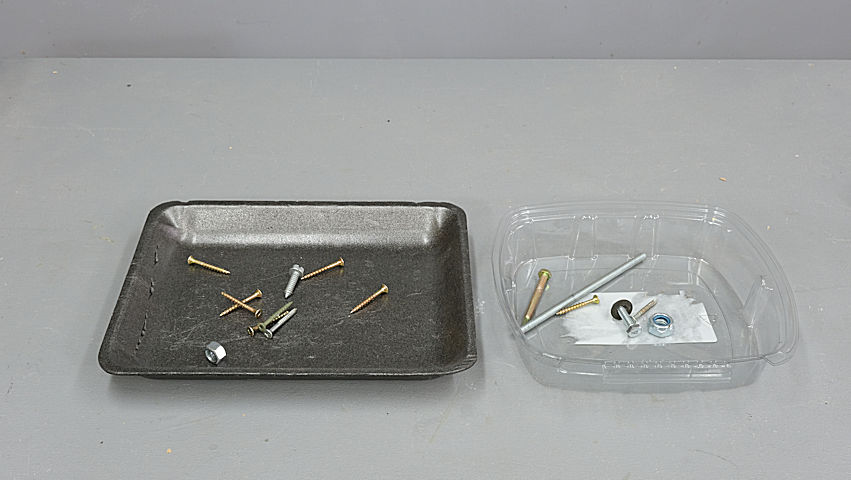 Graham sent in this idea, and that is ... to color code your plug-in equipment, like corded drills, routers, recip saws, table saws, bandwas, jointer  and so on. What Graham says is to use plastic or electrical tape because it holds so well, you mark the top of the cord or some other obvious place on the tool, then you also use the same color on the plug-in part and that way every time you need change tools ... plug or unplug something you can instantly see which tools is which.
One of the bonuses of doing this is you will be surprised to find that before long ... you will already know which plug is which by the color, you will no longer have to look at the other end to see what tool it is ... try it and see how quick this works for you. Thanks Graham, I am already doing this. 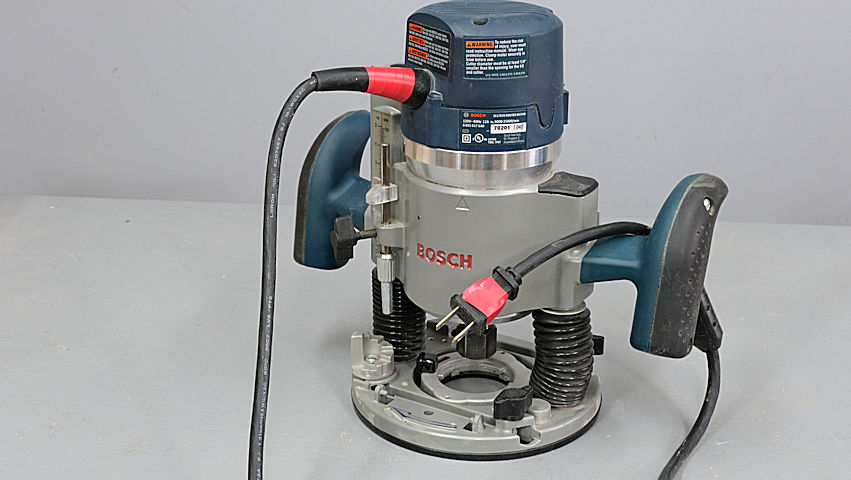 Well lots of cool tips today and if you have an idea that has not already been used or an update to an idea, let me know and I will work it into a future episode.