One of the frustrating things when working with wood that is warped is trying to get at least one edge flat and straight without taking off too much wood, and of course, doing it all safely. Many years ago I made a kind of long push block for the jointer, but it never really worked as I had hoped so I abandoned it ... now years later I am remaking a newer version with some upgraded features.

The purpose of the block is to be able to safely handle smaller pieces of wood that are warped, and run them through the jointer until I can get an edge to them that is stable enough to use my hand paddles to continue to work the wood as needed. 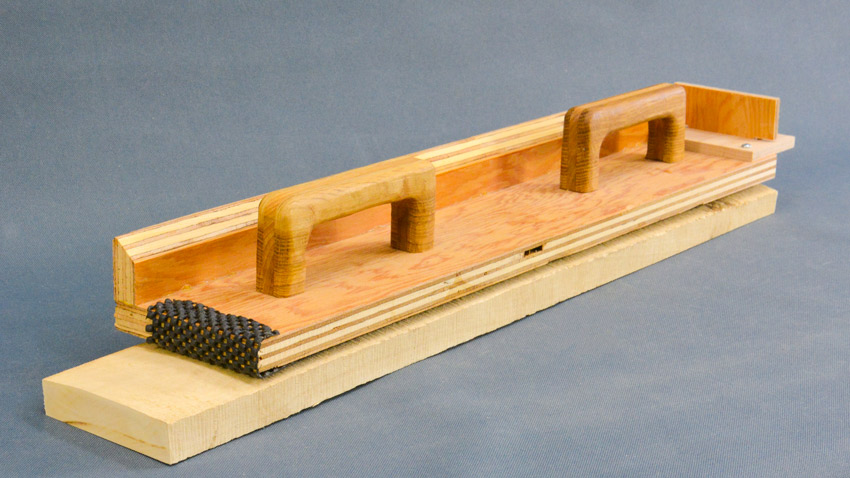 I wanted to glue the plywood fence to the base to make sure it was strong and decided to use dowels to help position the fence and hold it in place during clamping. Gluing edge grain plywood doesn't always work that well so what I also did was to give the little plywood fence I was gluing on, one coat of glue along the edge, then I let it sit for about 15 minutes, then applied another coat of glue to both sides and clamped the fence to the base. The reason for the 2 coats of glue on the edge grain is because the glue will soak into the edge grain of the plywood, but then it hardens up and when you give it the second coat that glue holds amazingly well.

Next, I added the handles that I had made in an earlier video, and because they are laminated hardwood, I had no problem holding them on with screws from the base of the push block ... quick, easy and strong, and easy to replace if needed. 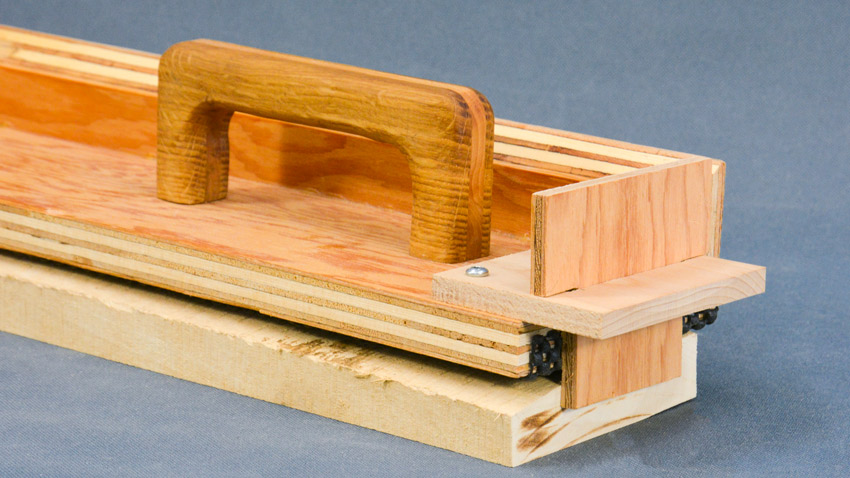 I tried holding the jig using the handles and found that with the version I made the fence was a little close to my fingers as they gripped the handles so I trimmed a 45 degree inside edge of this on my table saw. You could also use a router and just round over the edge if you felt it was a interfering with your holding the handles.

I wanted to have a catch at the back of the push block for some pieces of wood that may need this. I also decided to make it so I could replace the blocks if they get "trimmed" over time by the jointer knives.  There are several ways of doing this, the technique I used is shown in the video and worked very well. 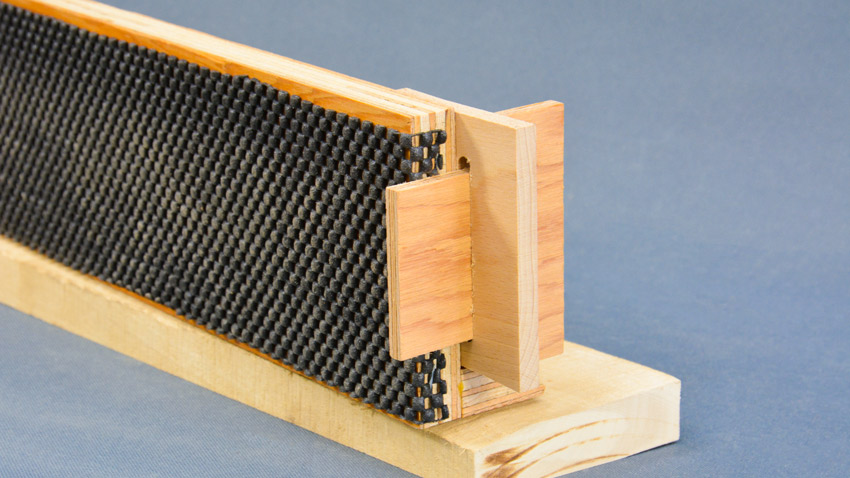 Using the Push Block
I found myself a pretty warped piece of wood that I could use as a test piece and laid it on the infeed table. Next, I positioned the push block so that the fence on it was flush with the fence on the jointer, then pushed the wood through. This way the wood that was being flattened was stable and by repeating the process 3 or 4 times, I now had  piece of wood that was flat and stable and still needed to be worked on the jointer, but now I could carry on with my normal push blocks now the warped wood was flat and stable to use on the jointer.

A new jig/sled push block or whatever you want to call it ... that makes jointing warped wood a real breeze ... 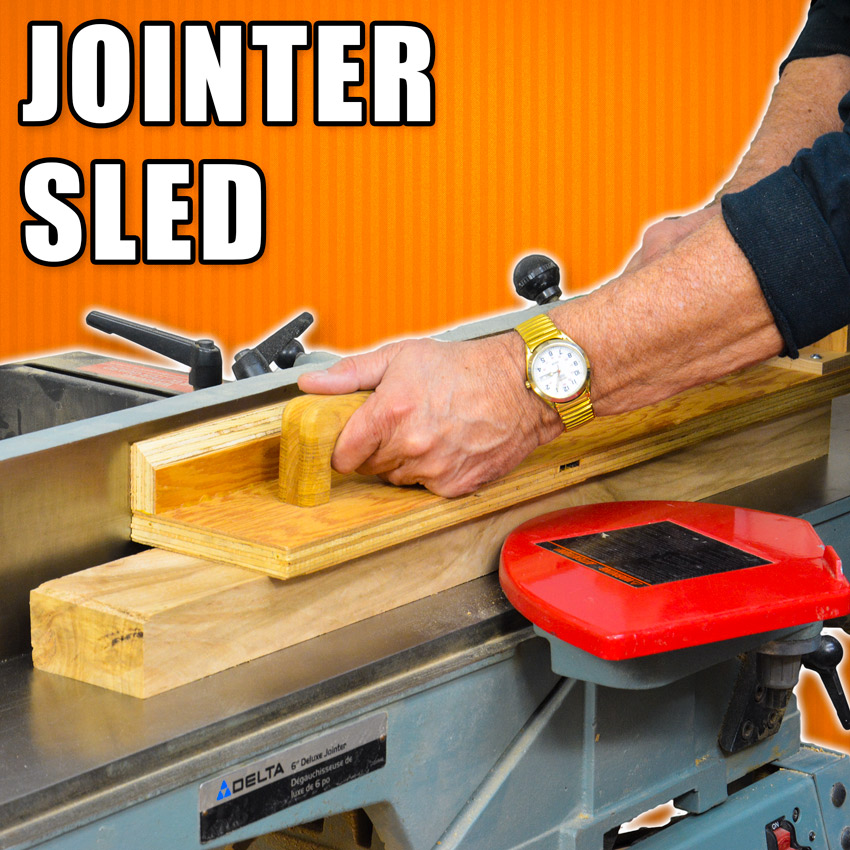