How to Use BenBox Software

The Benbox Laser Engraver as a CNC-platform for laser engraving We would like to tell you about the functionality of the Benbox Laser Engraver, 3.7.99 (though a newer version may be already available). The laser engraver was ordered in China. No doubt, it is available for order on Aliexpress as well. It is delivered as a DIY constructor and it contains a circuit board developed in China, a 0,5 mWt, a frame (the like for every type of the circuit board and lasers) with steppers. Its program for this DIY engraver is in English, but it neither have any comments nor Russian translation. Technical or software support is available only on Chinese forums. Now we’ll try to understand the engraver functionality to make Russian users’ life easier. 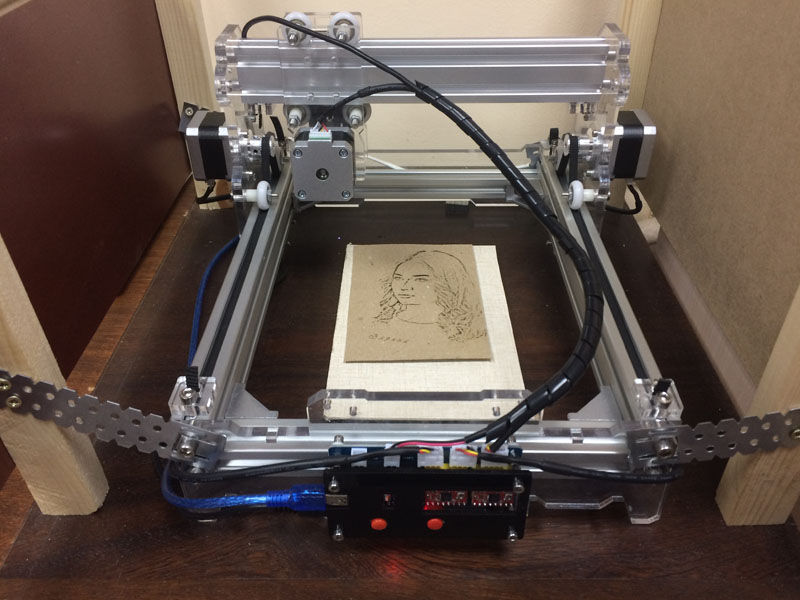 Problems begin at the stage of the board driver firmware booting. In the constructor kit there are neither flash cards, nor discs with drivers. The drivers can be found and downloaded on the official site of the seller on the Internet. There you can also read how to install them, but there is no explanation or translation of the buttons. But let us turn to the description of the accompanying program. There are two tabs. 1. The first one is the steppers settings.

We used the settings found on the Internet. The positioning of the platform is precise, its motion is not as rapid as in a 3D-printer. However, when you change at least one of the variables, the platform starts to jerk and moves less accurately. We think that the parameters for the steppers windings are designed for low weight and speed. 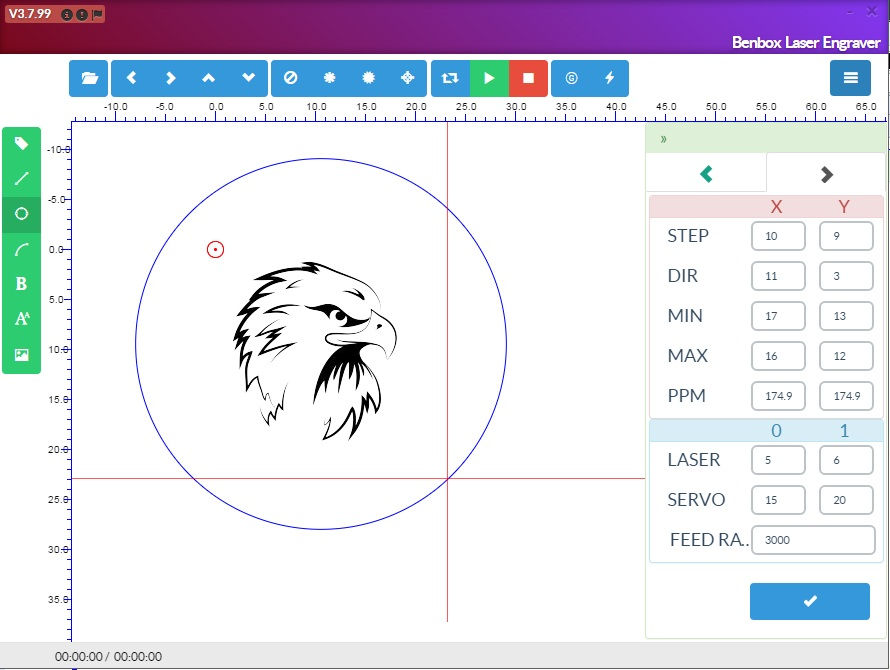 Let’s try to engrave a standard picture (a bird from the manufacture’s file) on a piece of cardboard. We’ll try to shorten the engraving time saving the quality at that, and try to see into the settings. 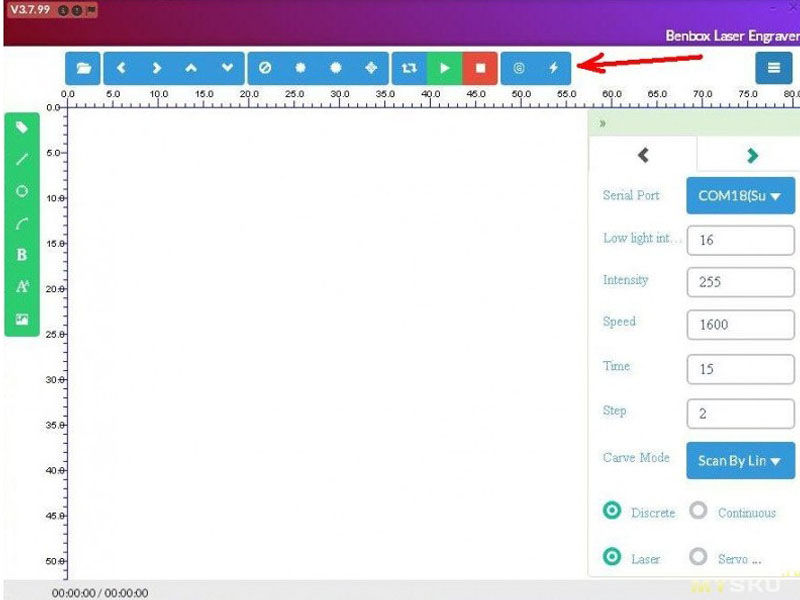 SERIAL PORT transfers commands to the laser. LOW LIGHT INT and INTENSITY are laser exposure intensity (powers of the number two). SPEED is in mm/s. TIME needed for the laser exposure in ms. CARVE MODE has the following parameters: 1. SCAN BY LINE — engraving goes from left to right, then the laser moves to the next line to the left end position and again lead the line from left to right. 2. Z-SHAPED — engraving goes from left to right and then from right to left. 3. OUTLINE — outlining of the image contours. Then it is offered to select the exposure parameters: DISCRETE or CONTINUOUS. DISCRETE is engraving by shading. CONTINUOUS is outlining without shading. But the difference between the modes is hardly noticeable. Engravings samples: 7 —Discrete, 6 and the others —Continuous. Their engraving time differs: The DISCRETE engraving time is 2-3 times longer. The SCAN BY LINE engraving is better than BY Z-SHAPED. OUTLINE has two more settings: POLYLINE and CURVE. No visible difference at all. LASER is laser engraving. SERVO is pencil drawing. It is possible to fix a pencil in this constructor and draw with a pencil.

Let’s try to laser engrave. Our task is to get a better quality result for a shorter period of time. SPEED is the laser speed (or steppers speed), It ranges from 50 to 3000. At the speed increase from 500 to 3000 the engraving time reduces by 30 sec. TIME is the laser exposure time required for one dot. It ranges from 5 to 100. The engraving time and quality depend on the speed (SPEED) and time (TIME).

It is necessary to individually select the settings depending on the material, exposure time and speed when engraving big images.

Learn more about MakeBlock XY engraving plotters on http://EnduranceRobots.com Written by George I Fomitchev, Founder and CEO of Endurance