One of the things I enjoy most about attending woodworking events and meetings, is all the people I encounter who have amazing talents. It's fun to listen to their stories and to share their intensity for what they build. They frequently build wood projects along the same lines, just different versions, bigger smaller, more detailed, more functional, but often they can show you several versions of a line of projects they are or at least want to build. 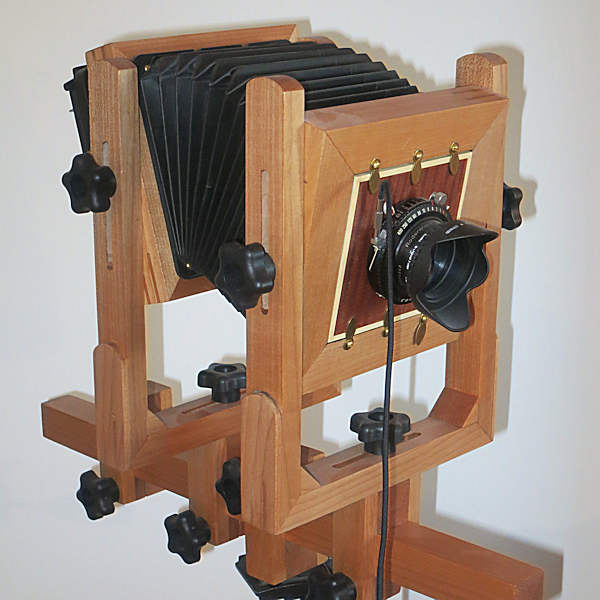 In my recent trip to Kansas City and to the Lee's Summit Woodworkers Guild meeting, I met a gentleman who shares the same love of large format cameras as me. Our careers took different paths, but we were both involved in photography and both had a love for large format cameras, especially the ones that were built from wood. From my side, although I have collected plans and picture, I have yet to take the step of actually building a camera, but my friend, Bob Ladue did, and recently sent me some pictures of his latest build.

Bob tells me that back in the 60s, he started off with a Crown Graphic or Crown Graflex as it was also called, which if you have ever seen pictures of early newspaper reporters, with their large square cameras and flash bulbs ... that was the camera they used and were often called "Press Cameras". There was also a version called the Speed Graphic which looked identical but also boasted a focal plane shutter that was build into the body of the camera which had a shutter speed of 1/1000 sec.  These cameras were the workhorse of early photography 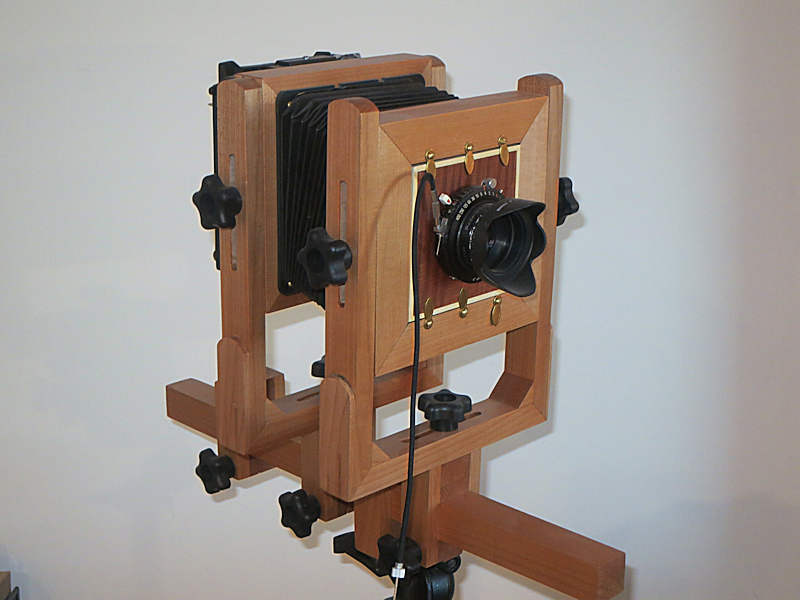 One of the challenges in building these cameras is making the "bellows" the black folding part. I know some people have made their own but I also understand parts that can be used in camera builds like these are available online. I will endeavor to add links for these as I find them, and update this page. 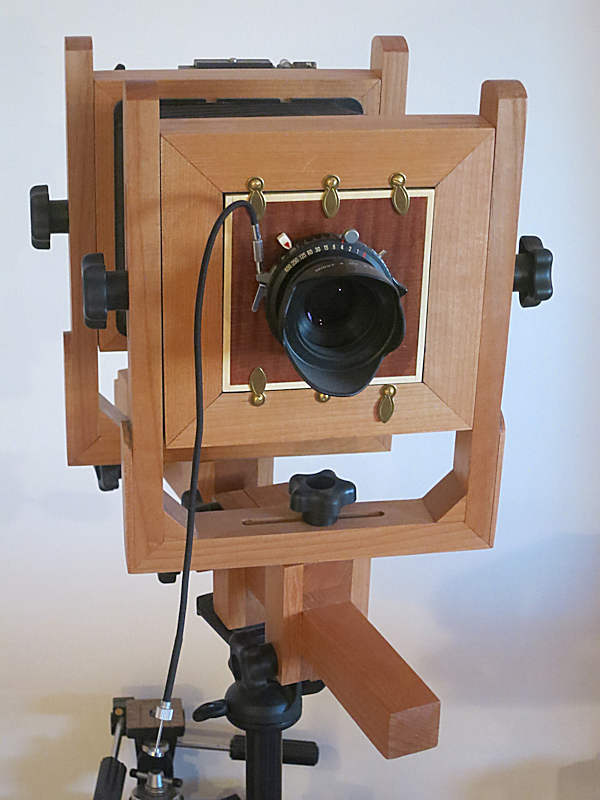 These cameras also take a special lens, that is not readily available, but if you look, you can find them. The prices on many of the accessories and lens for these cameras has dropped in recent years as the demand for them has dwindled somewhat. 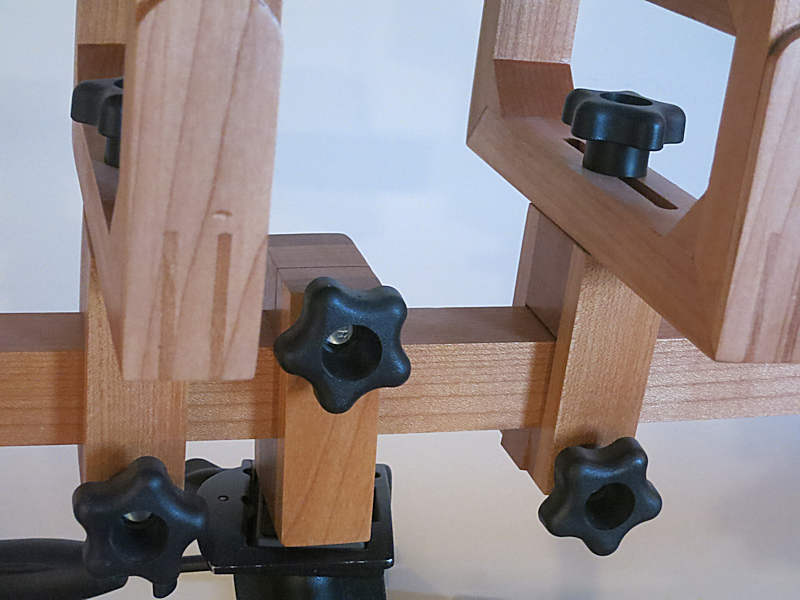 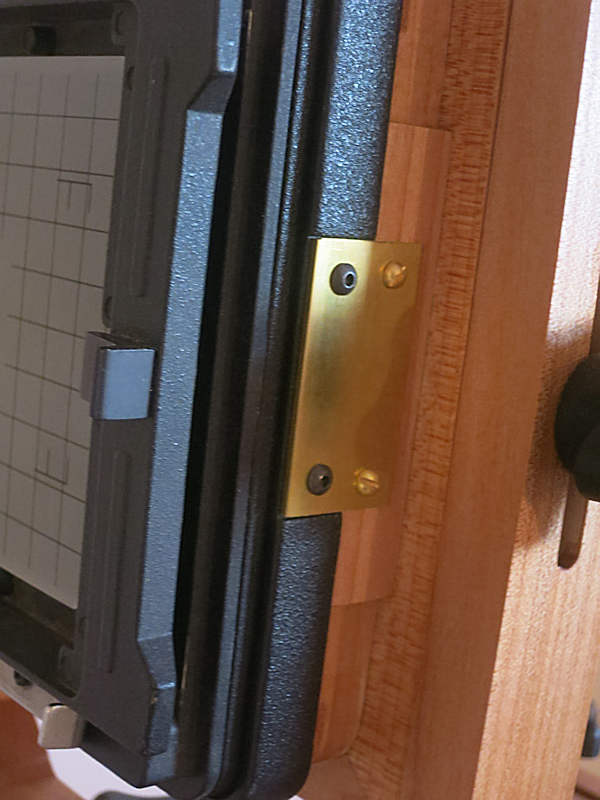 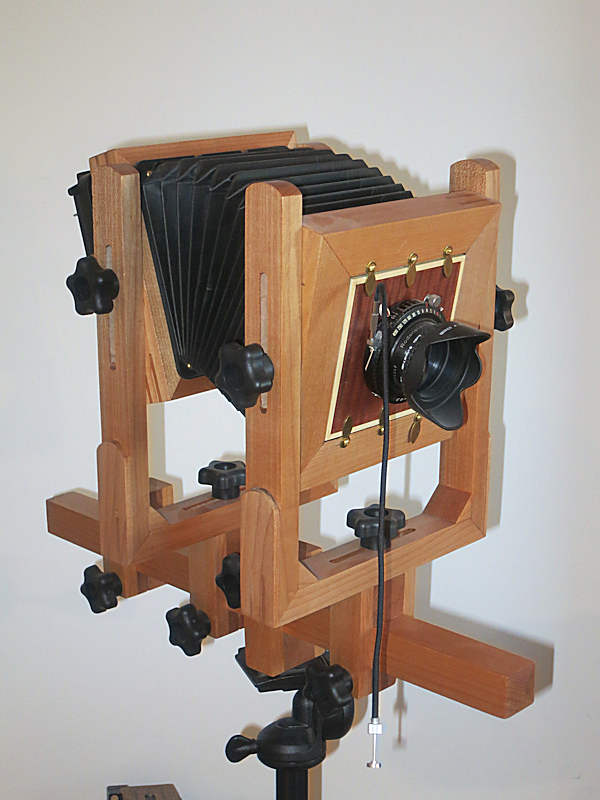 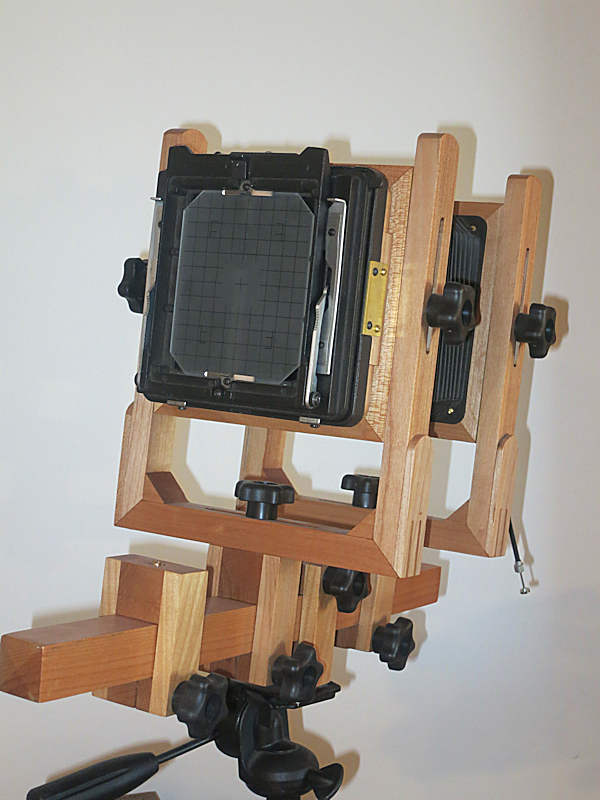 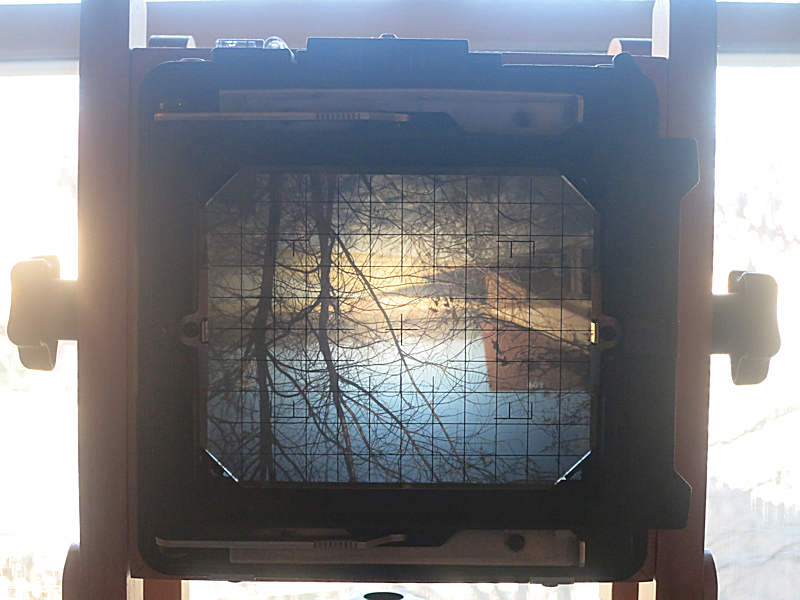 For other large format camera lovers like Bob and myself ... I post these pictures of Bob's build .. and I understand he is working on another. With some luck maybe I will even need to make a specific category on this website for "Large Format Camera Builds".
Thank you Bob for sharing your pictures with us