The television series the "Antiques Road Show" has certainly captivated the imagination of a large audience, including myself. If nothing else, it has made me much more aware of different styles of furniture and variety of items, and creativity that woodworkers in by-gone years have developed. When this picture arrived in my email box, it definitely caught my attention. A writing desk, seldom seen these days, but much used many decades ago. I knew the writing desk was a new woodworking creation and not an antique, but I wanted to find out more so I emailed the woodworker back and here's what I found out .... 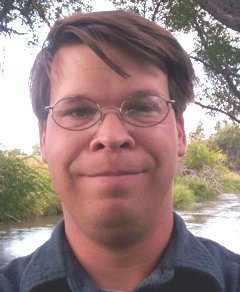 As it turns out the writing desk was the creation of Chad Boehlke and was based on design from early in 1900s. Chad actually started woodworking when he was around 12 years old (see the value of getting your kids involved in woodworking early !!!) working in his fathers shop making the kinds of projects kids make. His real interest in woodworking began in his late teens when he started collecting tools of his own, and even taking up some blacksmithing to assist in making some of the tools he needed.


Chad has been collecting antiques for some time, and decided to see if he could replicate his favorite antique writing desk. After a close examination, he determined that new technologies in wood and tools could work in his favor to make a similar portable writing desk, and maybe even make it a bit more useful. What I mean specifically by this is that Chad surmised (and I think correctly) that the best kind of a top for a desk like this would be plywood, with a veneered top. Now as we all know plywood was not in use in the early 1900s so woodworkers used other solid wood for the top. The problem with a solid wood top is that it is quite wide and thin, which creates a bit of a problem in that the wood is more susceptible to cracking in in dry conditions. Plywood, with a veneered top eliminates this problem. 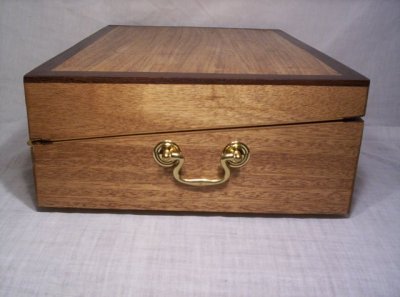 The rest of the portable writing desk is made with three different types of wood, and some were even salvaged from old pallets. I love this idea, and have even done some pallet projects myself. You would be astounded to a some woods that are used in making pallets, I have found some very nice exotic woods (you do have to watch out for the nails), that when finished are wonderful. Obviously, Chad has discovered the same secret.
It has taken Chad quite some time to perfect his portable writing desks, and has created a variety of jigs to assist in the process. He uses NO hinges, but rather cotton cloth is used (just as in the late 1800s and early 1900s) as hinge material. His table saw is a vintage 1930s model but he says it works great, and that he likes to use a combination of power and hand tools.

He is already working on his next project ... a version of a type of Civil War portable writing desk. I must say, I am waiting to see what this little gem will look like, I sure in with Chad's talents it will be every bit as good, or even better than the originals ... and maybe, in a couple of hundred years ... your great grand children will be seeing them on the Antiques Road Show 2100 version ... 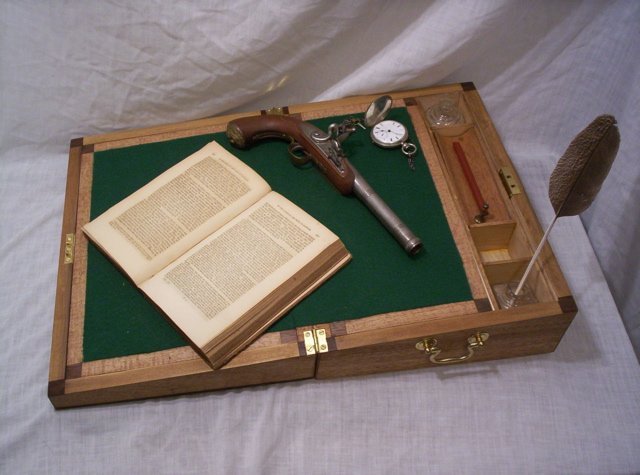