The following short story was sent to me by a member of one of the many Woodworking Guilds I belong to ... thanks Bill

A few years ago our Guild did a workshop for a local school district summer program. We had 60 kids (1st and 2nd graders) for 15 minutes. Eight guild members did this on two consecutive Saturdays. We had the kids work with a 1" x 4" (later reduced to 3/8" thick). They drew a line approximately 2" from one end with a square and pencil, wrote their name on the board with a Sharpie, drill a hole for a nail then another for a screw. Then with a hammer drove a nail part way in and removed it. Repeated the process with a screwdriver and screw. The last step was to cut the board off at the line with a saw. We learned it takes a long time to cut 3/4" stock if you have never done it before. This is why the thickness was reduced the second Saturday.
When they were done they put all the pieces of wood on the table where we could thrown them away or they had the option to collect them at the end of the day. 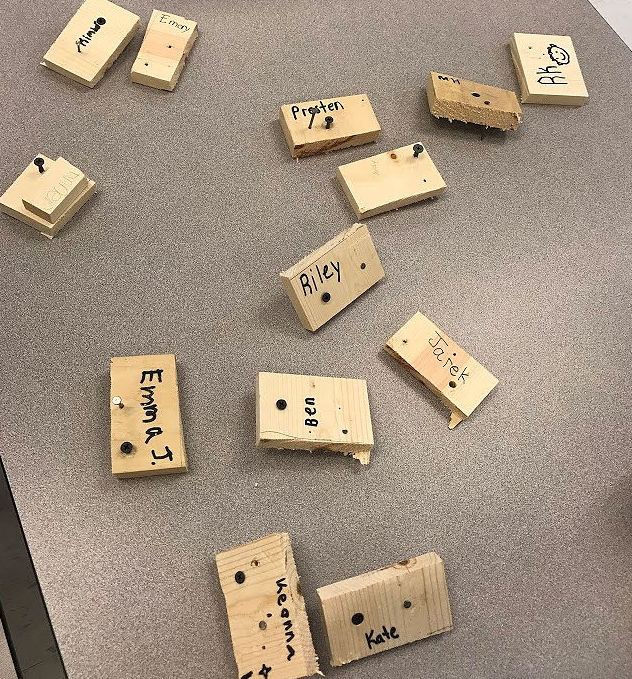 Our workshop was the last activity so we were surprised to have all of the kids come back to the cafeteria where their parents were waiting to pick them up and find their "project" and proudly show their parents what they had made in the woodshop.

One little girl came back to our Guild member who had been her instructor and politely asked if he had any more nails that she could take home. The summer school director happened to overhear this request and asked what she was going to do with the nails. The little girl beamed as she explained she was going to take her "project" home and nail it to her bedroom wall.

The director diplomatically suggested she check with her Dad about her plans.

One of the things we learned from this workshop was to ask appropriate questions before making a commitment. We (that would be me) did not ask how many students or their ages. We were caught a bit off guard when we were told it would be 60 1st and 2nd graders.