Only a quick build this time, made with scrap leftovers from the car-port and Gazebo build, so it is all mahogany.

The table took about six hours from start to finish, two hours cutting parts. Then, I routed any part that might come into contact with human legs! then sanded all the parts using both my belt and orbital disc sanders, down to 120 grit. After which I pocket holed every part, then glued and screwed the table together, the top and legs were hand sanded down to 220 grit.

The top is 29 1/2” x 19”, an odd size, but I was making the most of the leftovers! these were pocket-holed and glued together, but only screwed to the base, just in case it needs replacing in the future.

Then using a rag I stained the whole table, normally I wouldn’t bother with underneath, a case of out of sight out of mind, but as the table will be outside I decided that any protection will help. 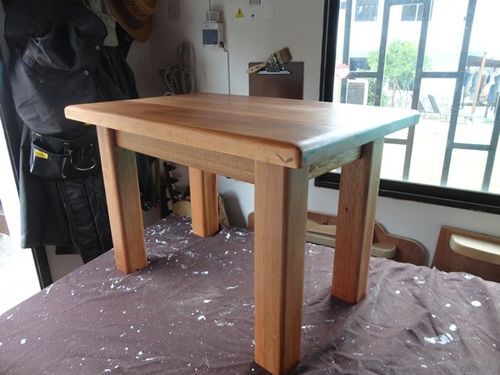 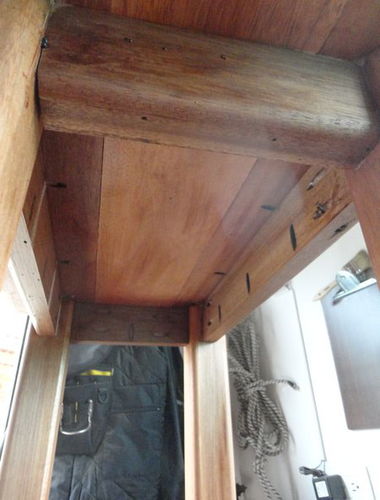 An hour later and it was put into use. 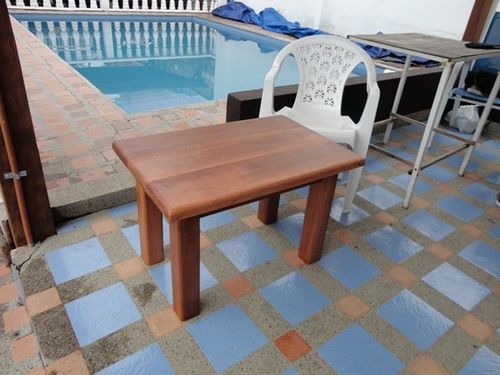 Since making this, the dogs have decided it a good vantage point in the Gazebo, so I can see it will need regular maintenance, or at least the top will!
19 Dec 2015 23:47 #1


Thanks Glen, I've still got some left